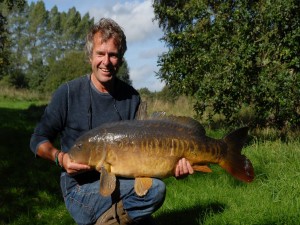 When Chris Yates and I got together, it surprised us both that we both caught our first Carp in 1962! It seems we just had one thing more in common… though I swear Chris was a lot older when he caught his than I was when I got mine!

Do you know, I’ve never actually spent a night in a bivvy – largely because when I was out there, really doing it bivvies had barely been invented? I had my one-man scout tent and that did me for two decades. You have no idea how hard the sixties and seventies were when it comes to catching Carp. Here in Norfolk, for example, very, very few waters even held them. Those that did had them in small numbers and, of course, gear, tactics and bait were appallingly rudimentary. How many Carp REALLY were caught on banana and par-boiled potatoes?! My few twenties in that decade were very few and far between and exclusively caught on floating crust or lobworm. 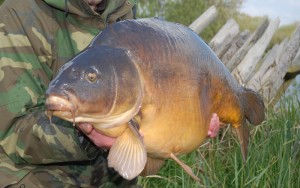 In East Anglia, as everywhere, the 1980s became far easier. For a start, there were a lot more Carp waters and that certainly helps. Secondly, sweetcorn was widely recognised now as a cracking Carp particle bait. Add the introduction of hempseed as an attractor and we were really going places. However, it was obviously the advent of the boily and the hair-rig that really blew Carp fishing apart for evermore. By the mid Eighties, dare I say it, twenties were almost easy! Now I was even picking up a few thirties but it is sobering to point out that a thirty-four pounder I caught in 1984 or thereabouts was one of the biggest fish taken from Norfolk that season. Thirties still made big waves in more ways than one.

I worked hard at my Carp fishing until the mid nineties but this past fifteen years or so I’ve tended to cherry-pick, dipping in and out, waiting until I find a really mouth-watering opportunity that involves stalking or surface fishing. I just don’t have the time or the energy anymore for long-stay sessions so I’ve got to latch onto shortcuts. Still, most years see me fluking out a twenty or two and I’ve even recently netted my first UK forty, so I’m not a complete derelict! With perhaps a hundred or so UK twenties and dozen over thirty, I feel reasonably happy, given my varying amount of effort over the decades. 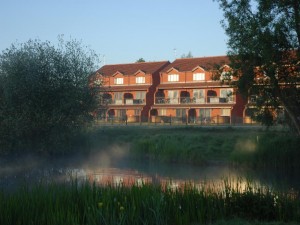 BUT my Carp fishing life has, recently, taken on a real new awakening. I am now basically running the fabulously successful Kingfisher Club here in mid Norfolk, in the Wensum valley at Lyng. Even if I’m not out there for three or four months of the year on the bankside, at least I feel as though I’m right back in the swing, talking carping day in, day out.

I have to say I am hugely impressed all round with what I’m discovering here at Kingfishers. The water, of course, is delicious. Twenty-odd acres, hugely characterful, beautifully matured and really demanding that you fish them with intelligence. 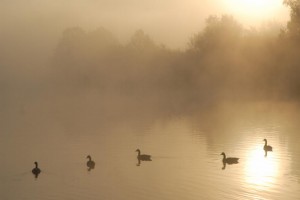 That is exactly what my Kingfisher boys do. I’ve been greatly impressed by their watercraft, their methods, their tactics, their intelligent variation of baits and baiting and, above all, their real hands-on care for the fish that they do catch. A lot of twenties, thirties and even a few forties come out of the Kingfisher on an annual basis. These fish are incredibly precious, irreplaceable even and the boys know this. I’m often called in to do the photography and I’m really impressed with the way that these fish are handled on the bank. If we’ve had a mortality in the last two or three years, I’m not aware of it.

I’m also having fun with the characters within the Club and the general feeling of comradeship. In short, it’s a great example of a big fish water flourishing and getting back to its historic best. 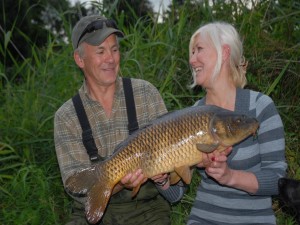 In the coming months, I want to talk about the fish, the fishing and the fishermen. I’ll be covering the boys’ triumphs and disasters, their challenges and their solutions. We’ll be looking at their gear, their baits and their methods. We’ll also have a bit of the gossip and the tongue-wagging.

Kingfisher has had me absorbed for three years and I hope now it will fascinate you. Watch out for my next piece when, hopefully, the Carp season will be really kicking off in style.