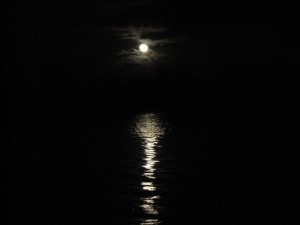 A Full Moon - Perfect conditions for bagging those big lumps?

The phases of the moon is a subject that I have been reading more into in the last couple of years. It seems the more I look into it the more it seems to have a bearing on fish captures, in particular the full moon which does tend to coincide with some big fish making a trip to the bank. A couple of instances spring to mind where the full moon has thrown up some big fish;

I returned to Stoney in September after an 8 week absence. The moon had just entered its full cycle, it was strange that the water had only produced small fish it the previous few weeks and then the next three fish it threw up were all 35lb+! This was all in the space of 36 hours. Another instance was my recent brace that I have written about in my Greys blog. Anyone that is my friend on Facebook might have noticed how I was updating my status throughout my session, talking about how the moon was right for a big fish capture, and it turned out to be true when I ended the session with a memorable February brace, with Mirrors of 36.06lb and 39lb.

I know there are many theories on why these phases affect the feeding patterns of fish and to try and understand more about it I looked at the broader picture and animal’s reaction to the full moon in particular and it seems that they do react differently when the moon is fully lit. I know I go a bit off the topic of Carp fishing in the next few paragraphs, but please try to stick with it because I believe it’s relevant. 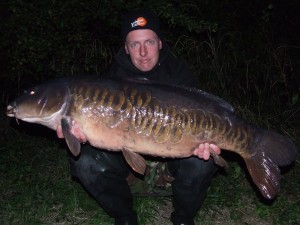 When the moon is full it is on the opposite side of the Earth to the Sun, not directly opposite or you would get a lunar eclipse, but enough for the Earth to see it’s full reflection of the Sun. When the moon is in this position it has the greatest gravitational pull on the Earth, which affects liquids more than solids because they are lighter. We all know that the pull of the moon affects the tides of the sea. So the full moon will have a slight pull on the fish’s environment; the lake, but fish themselves, like all animals are made up of a high percentage of water and this extra gravitational pull can effect their natural balance and well being. Some people believe this can make all animals slightly more agitated and cause them to behave in a different way to normal, such as the animal bites.

In a recent two year study at Bradford Royal Infirmary’s emergency room, it was found that the chances of being bitten by an animal were twice as high on or around full-moon days. If the fish react in a similar way and they become restless and tense with each other then the larger fish are going to dominate and could muscle their way to the food sources before there smaller/inferior rivals, instead of holding back and showing caution as normal. This would increase the chances of the bigger fish getting caught.

Another theory goes that when a bright full moon is out the nocturnal prey animals seem to be very shy to go about their usual business because they are more open to predation with the increased light levels making them more vulnerable. This was illustrated in a study done by American Scientists when they tracked three Wolves using GPS transmitters over five lunar cycles and found that they travelled on average 1.88 kilometres less on nights around a full moon compared to new moon over an average of ten hours of darkness. This is due to either increased success in hunting or the prey species being so aloof and cautious that the Wolves didn’t waste their efforts in a futile search. Either way it goes to prove the point that predated animals are uneasy about the extra light. The theory is that the fish act the same. Even though Carp over about 5lb don’t really have any natural predators (except for the re-introduction of Otters) this caution is bred into them to help them avoid predation when they were smaller. But the largest Carp seem to know there is nothing bigger than them in the lake and therefore they are top of the food chain (this is probably why some of the bigger fish are among the first to be taken by Otters, but that’s a separate issue). So the big fish behave and feed normally, where as the smaller ones are more cautious and on guard, consequently you stand a higher chance of catching a lump because they aren’t really competing with the whole stock for food. 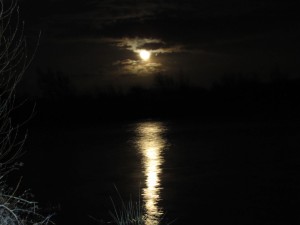 A Full Moon over Christchurch

No-one to my knowledge has done a scientific study on Carp’s behaviour with relation to the lunar cycles and size of fish, so all we have to go on is our findings as anglers and the research done on animals like ones I have listed above. But as anglers we are divided in whether the moon phases make a difference or not, I wasn’t convinced it did until the last couple of years.

There are of course many other factors that affect the Carp more, like a new south-westerly wind, overcast conditions, dropping pressure etc, but I believe the moon does have an effect. Maybe on some waters more than others and I have fished a few big waters, which could be more susceptible to the pull of the moon. A fish called Choco has got so renowned for making an appearance on a full moon that it is now known on the lake as a Choco Moon. However, it has now become so busy down there on a full moon because everyone pulls out all the stops to be there and books their holidays to coincide with it, so the rod hours are a lot higher around this time and that could have a significant effect on when it gets caught in the future. The water next door is only a fraction of its size at about nine acres but the biggest fish in there – The Hamster, seems to like the full moon too and I can remember captures in September, October and November of the same year on the full moon.

I suppose the counter argument to it is that people tend to look for significant factors into why they catch, normally as a way to maximise their productive time on the bank in future. So if an angler has just caught a personal best or a big fish they sit back and try to make sense of why this session was so special and if there is a big full moon shining down at night, that is very noticeable and can quite easily be to put down as the contributing factor to their success. But if the moon wasn’t noticed the capture could be chalked down to another factor, such as a new wind, a certain week in the year, bait/rig choice, swim selection, etc. So in some cases and some people’s views it could be said that the phase of the moon was just coincidence.

I certainly think there is something in lunar phases that effects the way fish behave and feed but I don’t know why or which theory is the closest to the true cause. If anyone has any theories on this I would be happy to hear them. I can be found on Facebook or a number of Angling Forums – although I don’t post too often.