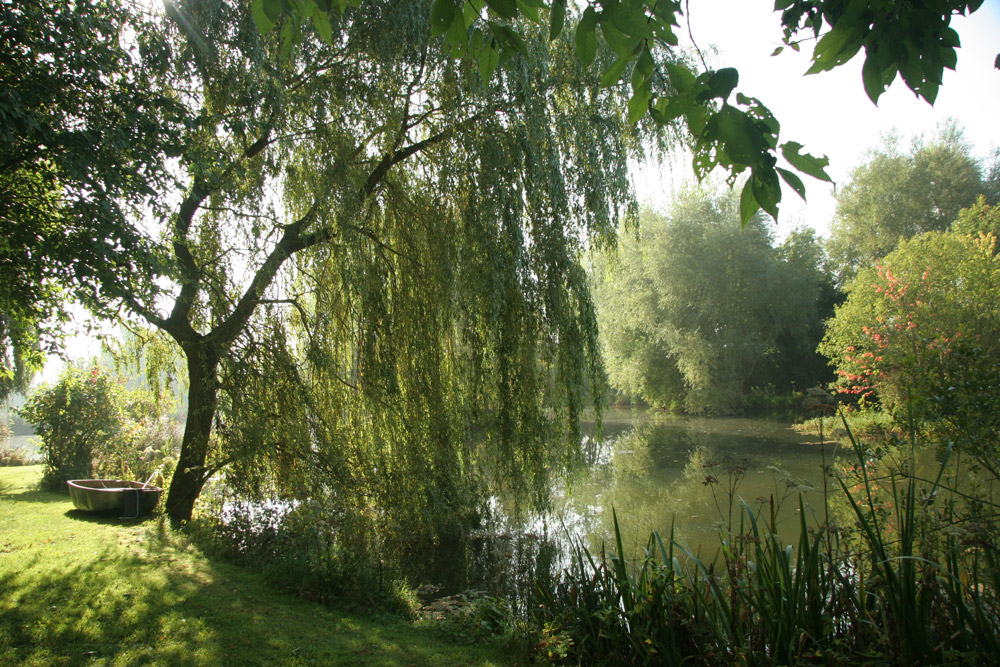 Once the ‘silly’ season that is spring is over, when Carp first wake up and are relatively easy to catch, summer usually sees catches tailing off. There are many reasons for this and they have been well documented in the past. As with all wildlife after a tough winter, a Carp needs to build up its weight and energy. This is to help it overcome the tremendous stress that spawning has on a Carp. It is not uncommon for some females to lose a third of their bodyweight. Of course this means feeding just before and after spawning is vital. Most modern syndicates these days close for a couple of weeks to give the Carp a rest after the exertions of spawning. This means by the time angling resumes, the Carp are back to their normal cagey self. 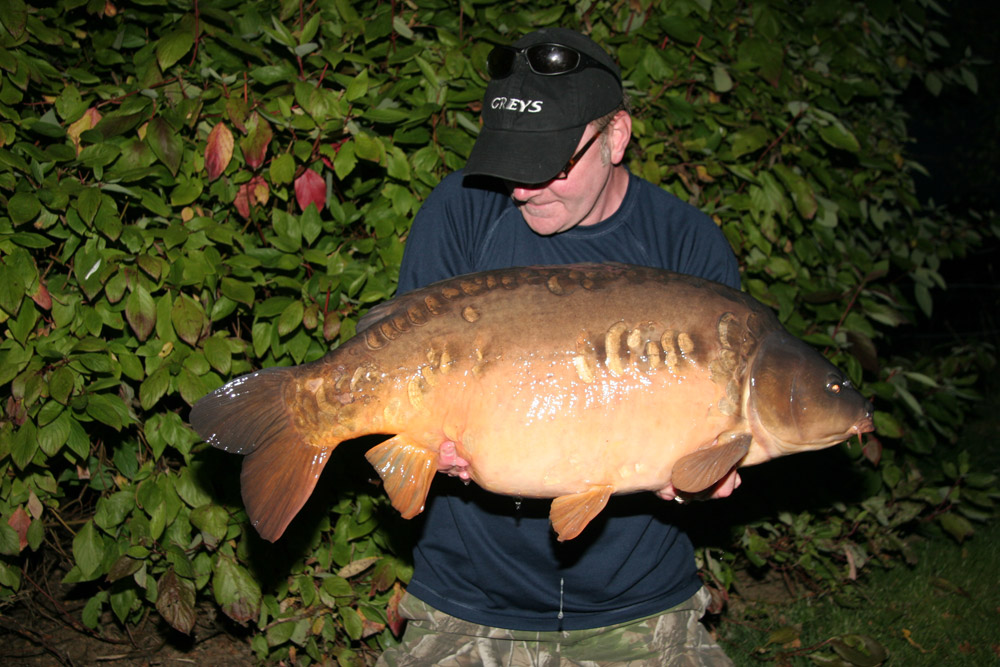 Often feeding is far more sporadic and individual items are inspected for any danger far more diligently. However, I believe all is not bad news at this time of year because if I can get a Carp to pick up my hook bait, then I have a chance to catch it.

I have for many years been using float fishing at this time of year. It is a great edge and has been written of time and time again yet many Carp anglers ignore it. When I question why, I believe it is because it requires a large slice of watercraft, observation and finesse to do correctly. Sadly these three prerequisites are not always seen in modern-day carpers! Before I get the usual barrage of abuse for that statement it is simple. No one can float fish for 48 hours and it is very fiddly to accomplish in the dark. To top it off it can be difficult to know when to strike when you are asleep! Seriously, it is important to understand that because, like floater fishing, float fishing should be viewed as a short session tactic. In fact most of my best results have come within a couple of hours. Why is that possible? Simple, most of the observation and watercraft is done before you even put bait in the water. 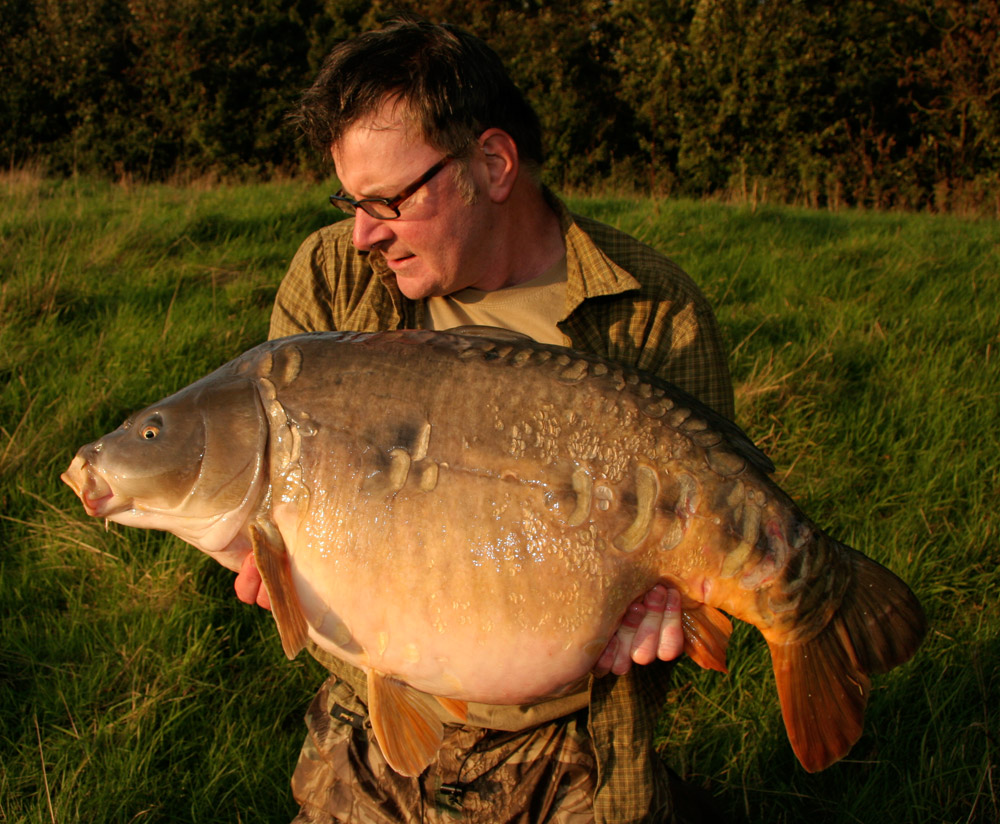 Carp are habitual creatures and follow simple routes across their home (lake/pond/river/canal). If you can observe these routes and study them closely it will allow you to put your bait in place before Mr Carp arrives on the scene. This is a vital tip. NEVER, EVER cast bait at a big Carp. Unless the Carp are totally stupid, oh and they can be at times, you will simply blow your chances. My next important piece of advice is seriously think about your mainline. Many years ago, float fishing was frowned upon because the line hung from the float straight down. Of course with today’s conventional tactics, most Carp do not come across this. This results in no problems of the Carp spooking on the line from float to hook. However, once they have been caught a few times on float fishing tactics, Carp quickly wise up to this. When the carp are cagey to feeling line, it is best to stret peg. This is a tactic where line is pulled off the reel and the float is fished well over-depth. It basically makes the line bow from float to hook. This allows the Carp to move down from the float to the hook bait without feeling the mainline as easy. In this case bites will see the float generally tip up and lift. Then the float slides away. This should result in a strike… remember those, to set the hook. 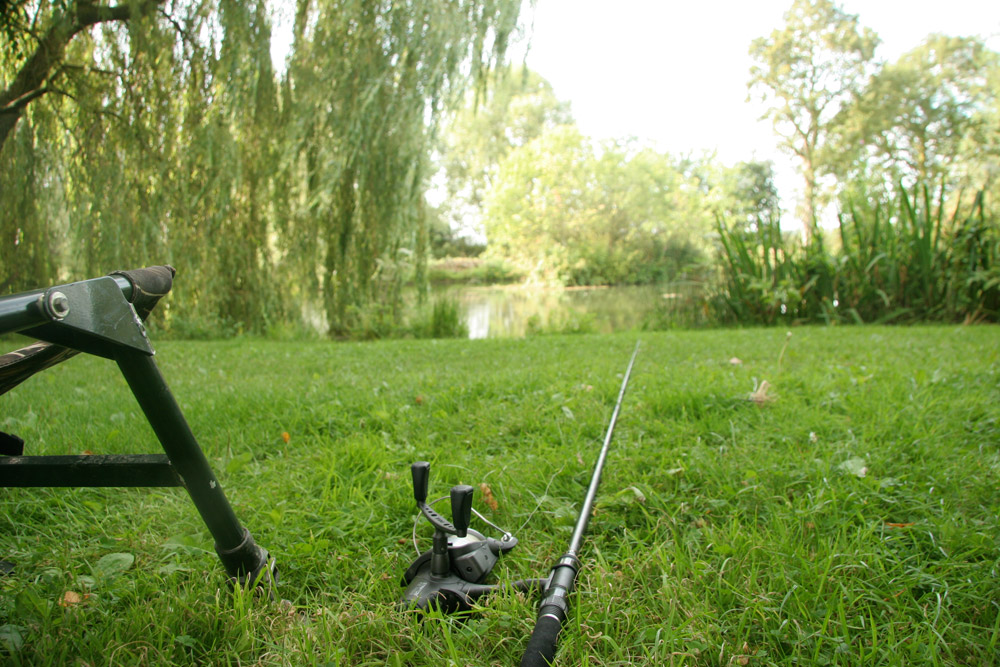 Holmesy always sits well back from the water's edge

With float fishing you can be very selective with Carp you target. If you are like me and fish for the larger specimens then that can seriously cut down on the amount of time it can take to catch your chosen fish.  Being cautious, stealthy and observant are vital to be successful at this form of Carp angling. Sudden movements, footfalls and all the old no-no’s from the watercraft manual are vital. I also make sure I sit well back from the edge of the water. Obviously this is to keep out of sight but also most of the bites come right in the edge. There fore when I strike the line is immediately under tremendous pressure. If you are further away from the edge. It allows the rod to cushion that first lunge that a big Carp inevitably does. I would suggest a test curve of no more that 2.75TC. I use the Greys Prodigy and have found it gives me everything I need. It has the through action to spring on the strike and pull the hook home, plus when the Carp charges off the power in the middle and butt section, is stiff enough to control the Carp. I can only speak from personal experience but I caught one of the largest Carp ever caught float fishing, the infamous Blackeye at 52lb 6oz, and was able to quickly control the beast. 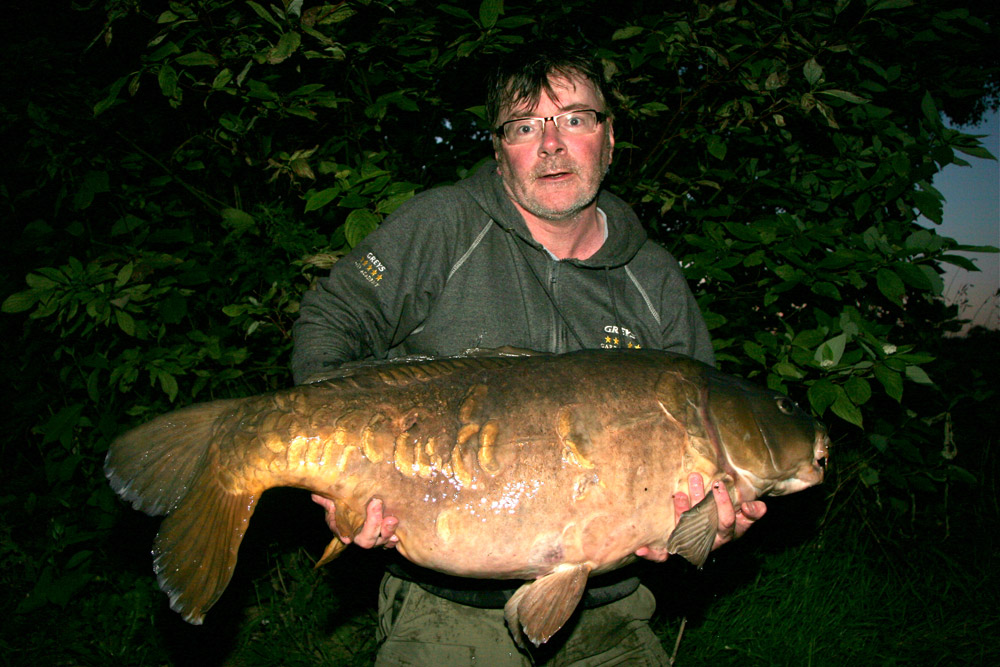 My advice to those who have not tried float fishing for Carp is simple. You are missing out. You don’t need to be a genius to do it. Generally you need to make sure your bait is on the bottom with a weight or piece of putty, 4 or 5 inches away from the hook. This will cock the float. Do not make the mistake of using too much weight and only seeing the tip of the float. It will not be a problem when you get a bite if your float is an inch above the surface.

Finally, sunken float fishing is a different method altogether and one I have used very successfully too. However, that will have to wait for next time, as it is a little more in-depth.