The Character Of Carp 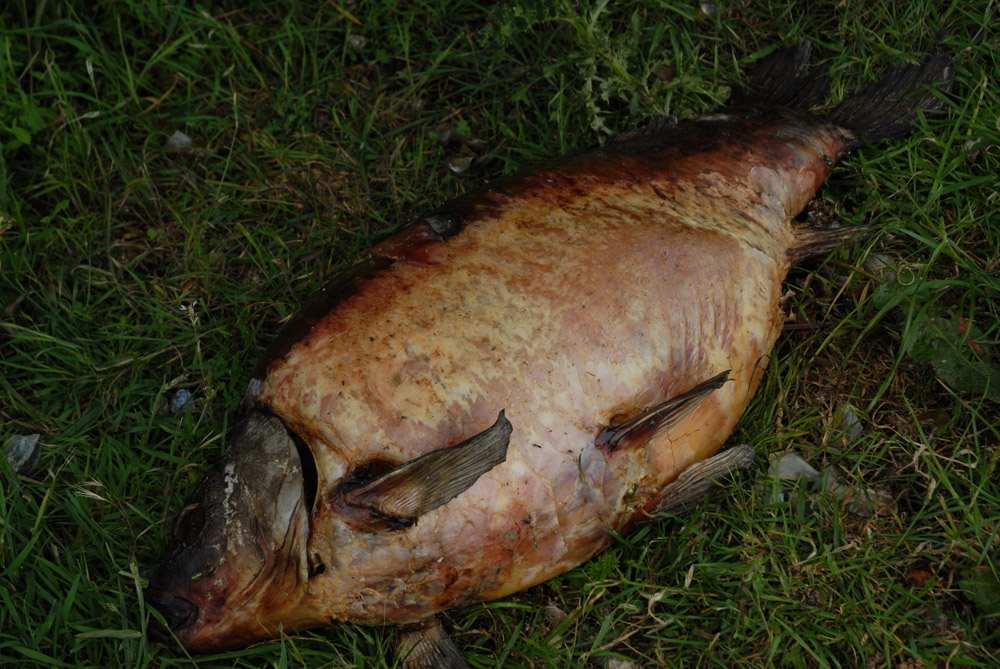 It was with immense sadness this morning that I found the body of our big common washed up in one of the bays. The fish was remarkably intact, still heartbreakingly beautiful. We can’t blame Tarka for this one; the fish was unscathed, unsullied, simply dead. We feel that the strange spring and early summer has been a factor. The Carp have been wanting to spawn now for weeks but only doing so fitfully and with partial success. It could well be that the persistent strain and frustration wears away at older fish and results in the odd tragedy like this.

I’m obviously devastated for the fish and for the Carp boys in the syndicate. To lose such an iconic Carp is a blow. I’m sorry, too, for myself. I’ve never caught the Big Common but I’ve often watched him. That’s been the particular beauty of this fish for me. Given the right breeze and the right air temperatures, then I’ve always known where to look for him with a strong chance of success. There is something magnificent about watching a fish so big in crystal waters at close quarters. And that’s the gift that the Big Common has bestowed on me so many times these last three or four years. I like to think that he almost knew the favour he was doing me. The fish will be sadly missed by us all. 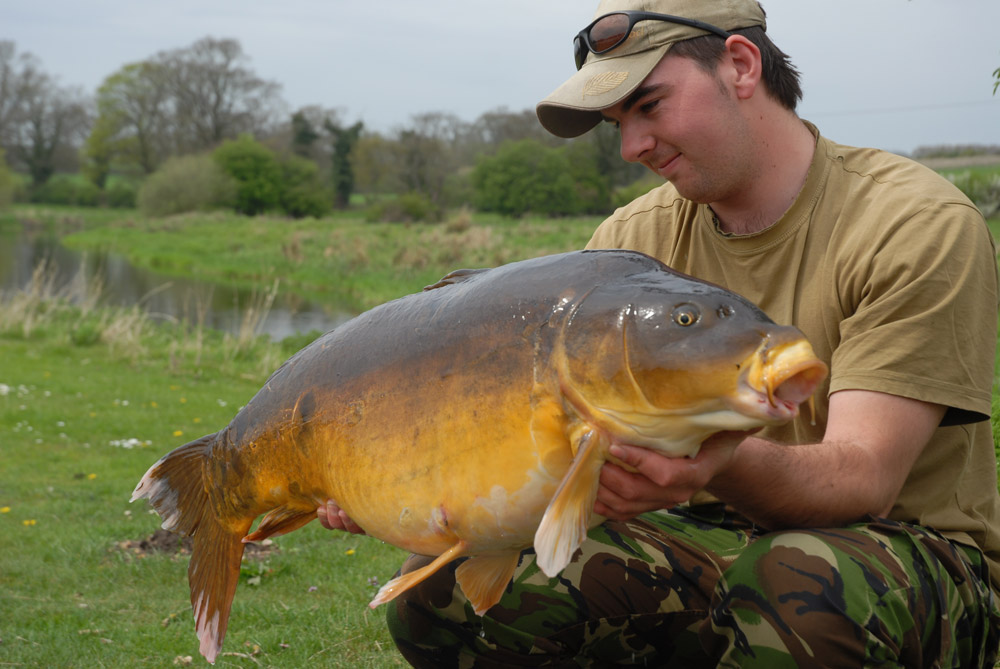 Musing on the demise of the Big Common made me think about these spectacular fish that we all love and the characteristics that they show. Carp are so large, so easily recognisable and so long-lived we probably know more about individual fish than we do any other species. Of course, it was research into the Redmire fish that proved once and for all just how long our Carp can exist given a modicum of fortune. It was those Redmire fish, too, that taught us to look out for markings and scale patterns so that individual fish could have their life patterns recorded. And what extraordinary lives some of them lead.

Over my years of carping, I’ve often been struck by how many fully-scaled fish do seem to like the margins, much like our lamented Big Common here at Kingfisher. I’m not saying, of course, that mirrors don’t come in close but the overhanging trees and marginal reeds do seem to be the perfect territory of so many commons of my acquaintance over the years.

Equally, when it comes to surface feeding, mirrors, in my experience, generally are happier to feed off the top than fully-scaled fish. There are many exceptions. I’ve had some glorious commons on crust and Mixers but I guess they’ve been outnumbered at least five to one by mirrors. But such is my experience – Carp are so capricious I’m quite sure yours are entirely different. 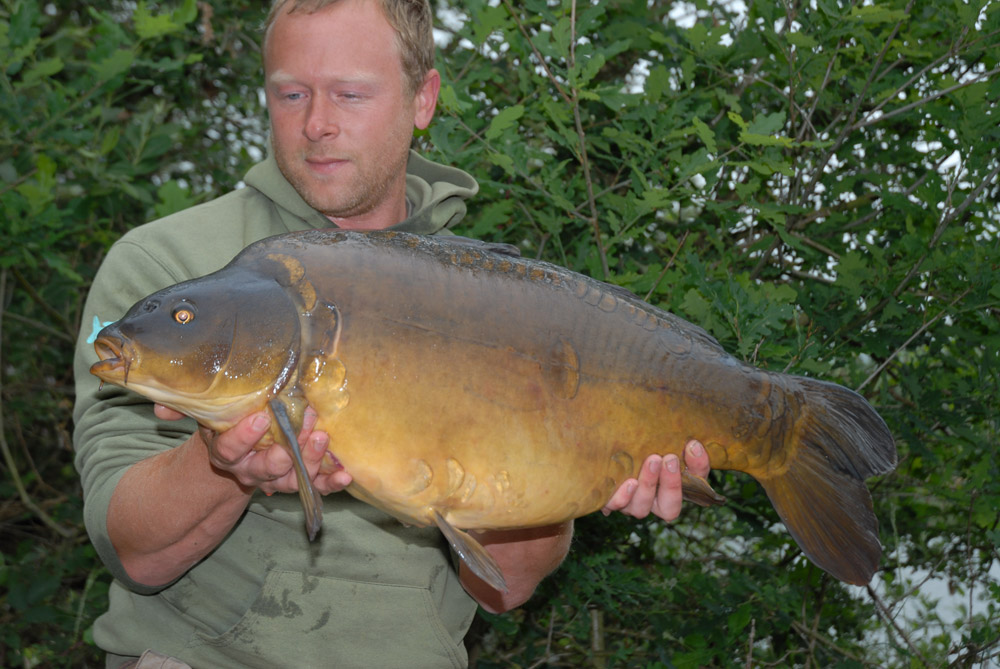 I’m also fascinated by mobile Carp and stay-at-home Carp. For years I hunted a tremendous estate lake Carp called The Buddha. Do you know, years after year, I could predict where he would be to a matter of yards? Another of my long term targets was a mirror called Eric. He, on the other hand, used every inch of his four acre water to their fullest extent. You really never knew where Eric would turn up next.

Then there are communal Carp and solitary Carp! How many times have we seen Carp happy together in groups of anything between four and perhaps even twenty fish? Yet, I’ve known many Carp, especially big ones, that very evidently prefer their own company. Sometimes you will see them swimming with one or two companions but generally they are happier alone.

I’ve always had a particular affection for the so-called ‘mug’ fish, for the Carp that just can’t help falling for a bait. How much pleasure do they bring to so many of us? To disrespect fish so generous seems wrong to me. What is more interesting though, I think, is the way that certain fish seem to be caught repeatedly by certain anglers. They don’t give themselves up to anybody but they seem to give themselves up repeatedly to just one or two fishermen. I don’t know why this is. It’s rather as though the angler and the Carp are locked in to some strange, barely understood relationship. It’s as though the angler has an approach to the water that clicks especially strongly with one or two particular fish. The anglers don’t target these fish, generally they try to avoid them, but they come along anyway. 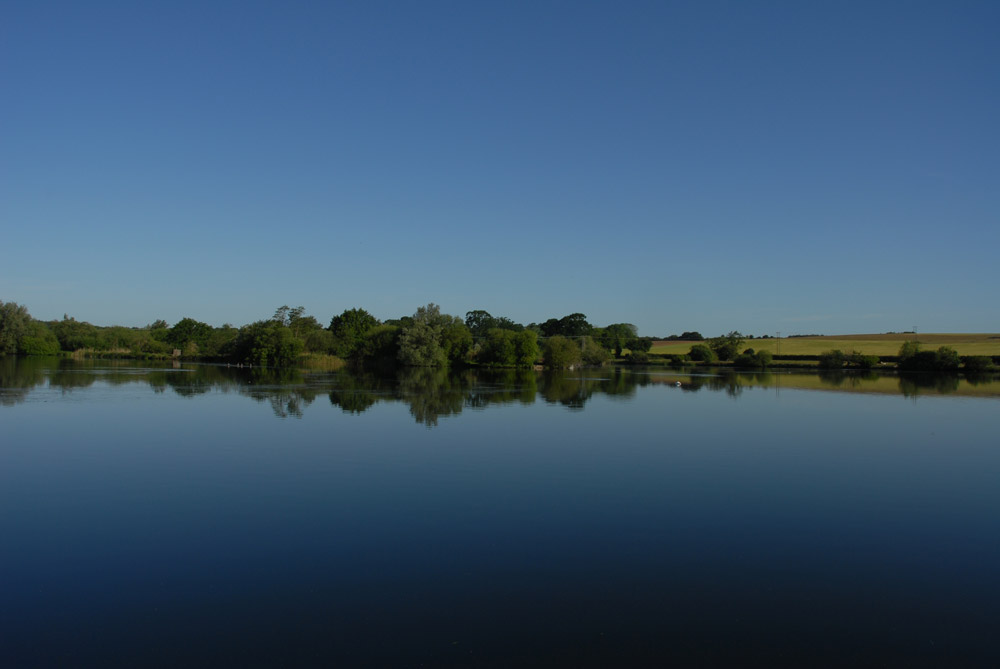 Kingfisher Lake at its most beautiful

I’m also fascinated by the Anonymous Carp! It’s tempting to think that we always know every Carp in the water that we’re intimate with. However, I’m never convinced of this after my experience on the Station Lake, the one-time home of Eric, who I’ve already mentioned. For years, as I’ve said, I pursued Eric in his four acre pit and I felt I knew every single fish present. You would, wouldn’t you? So, when one or two of the regulars told me they’d seen a massive, unknown common I was hugely sceptical. How could a fish, almost certainly over forty, elude me in such a small water when I knew it so well?

But, see the common I did. One afternoon, I found Eric in a shallow bay and alongside was lying a fully-scaled giant. I’m not saying Eric was dwarfed. At low to mid thirties that would be difficult, but the common was definitely much the larger fish. And, do you know, in the seven or more years that I continued to fish the Station Lake, I never saw the common again? As far as I’m aware, no-one ever put a net under her either.

That’s Carp for you! They are their own masters. They lead their own lives. No wonder we love them and respect them the way that we do.

This entry was posted in Techniques and Methods, Venues and tagged carp fishing, John Bailey. Bookmark the permalink.