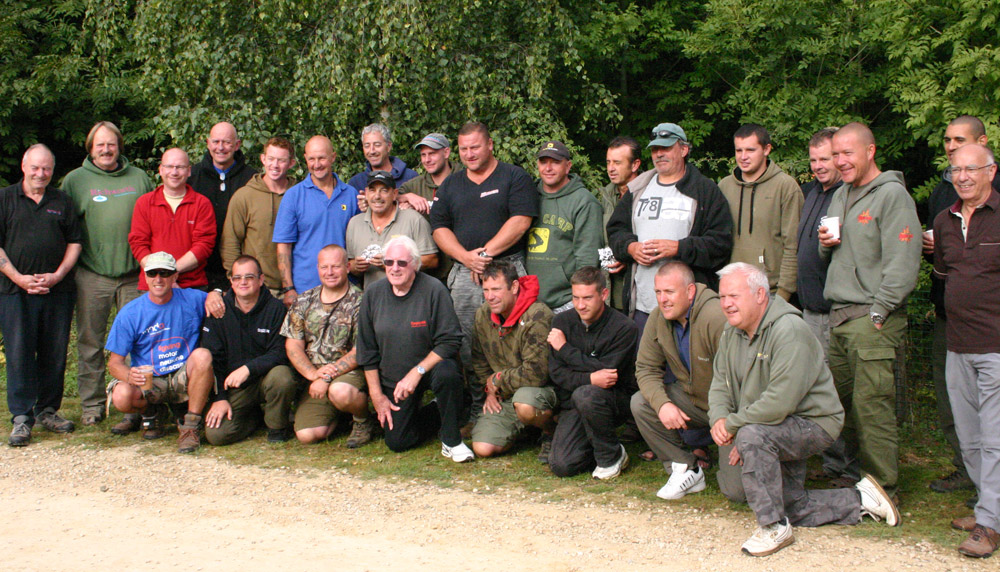 Everyone that took part in the event

Every year Linear Fisheries hold some sort of charity event and over the last few years I have attended these events to give my full support to Linear and whichever charity they are supporting.

The last few years have been in support of the Tony Parsons Memorial which has been mainly an event held for kids. This year however was the first year an event has been held at the Fishery in the hope of raising as much money as possible for the Motor Neurones Disease Association (MNDA). 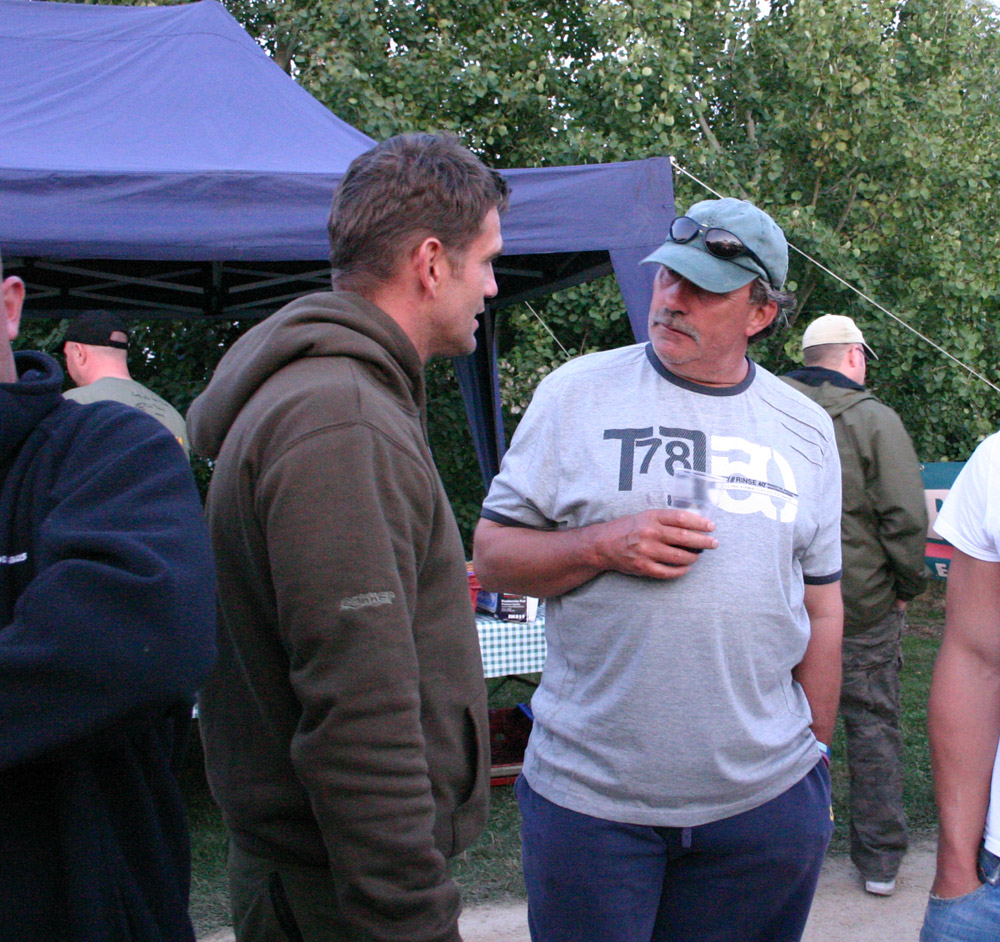 Scott Maslen joining in with things

The reason for picking this very worthy cause is because not long ago Len who runs Linear Fisheries, wife suffered this awful condition and as a result lost her life to it so it’s a charity that is very close to his heart and, I’m sure we will be doing as much as we can to support Len and this charity over the coming years.

The idea of this event was that the public pay to fish with a ‘star’ of the fishing world. People like Frank Warwick, Lee Jackson, Tim Paisley and many more attended the event includingn Scott Maslen who plays Jack Branning in Eastenders! Scott also donated an Albert Square sign to the cause signed by the whole Eastenders cast which will be auctioned off after the event to raise even more money for the worthy cause. 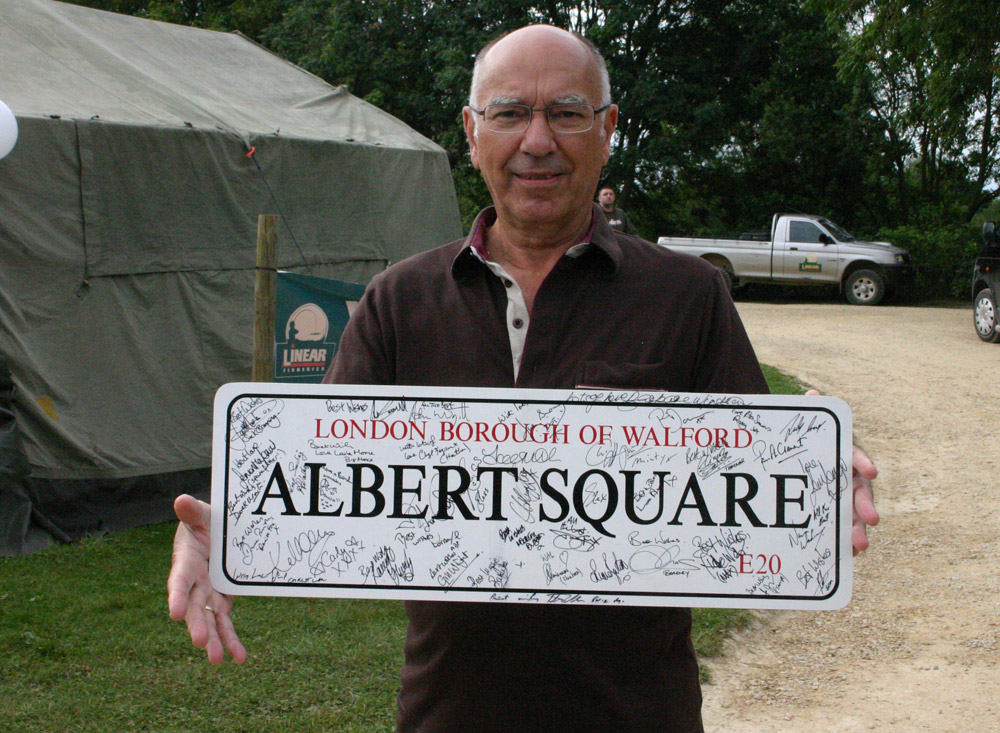 Lee Gurt with the Albert Square sign to be auctioned

The event was run very well and the hard work and long hours put into organising it by the Linear team was very evident.

A BBQ was held on the Sunday evening for the people who were donating their valuable time to the event before the public arrived the next morning. The evening was great with everyone being able to relax and catch up – often it’s the only time of the year some of us actually get together having so many commitments throughout the year.

The next day each ‘star’ angler was allocated a member of the public(s) upon arrival. I had a father and son team, Mike and Dan Smith who had generously supported the MNDA and did so right through the 48 hours -even on the last day when an auction was held to which they gave generously. 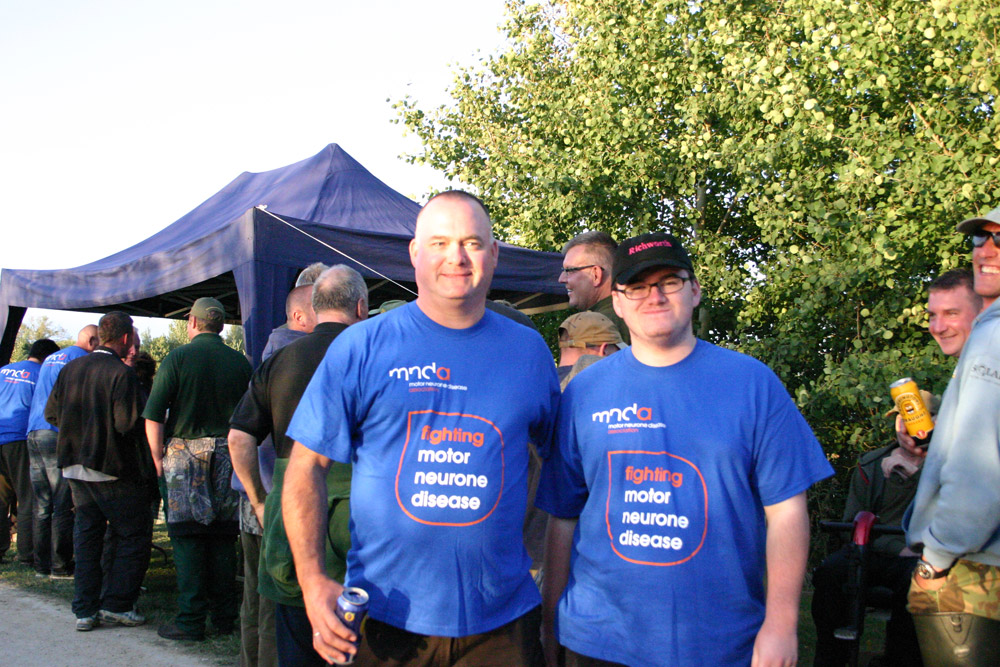 Mike and Dan getting into the swim of things

We headed off to our peg that I had picked the night before. When we arrived we got straight down to it, getting Mike and Dan fishing as soon as I could and hoping for a fish. We didn’t have to wait too long before one of Dans’ rods roared away. We had a great few days fishing with plenty of fish caught for both anglers, some of which were quite hectic – at one point we had four fish on all at the same time!

We continued to catch fish nice and steady throughout the 48 hours with about fifteen or sixteen fish being caught and about seven lost. Mike and Dan also both picked up some really useful techniques and tips to help them with their fishing for the future. 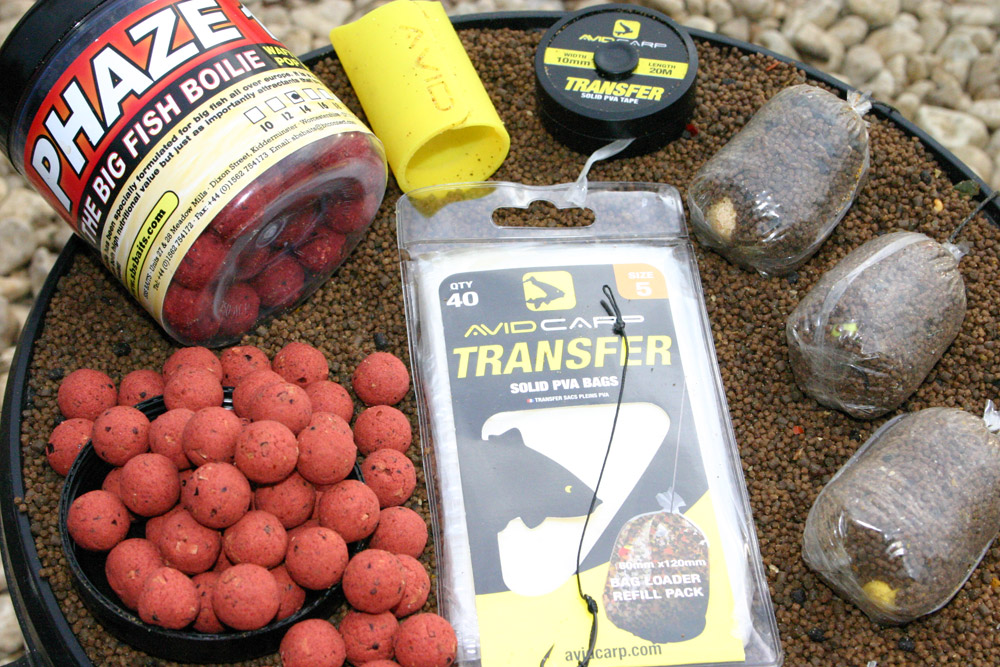 The PVA set up that scored well

We fished a few different methods when we were there starting by fishing over a large spodded area with solid PVA bags over the top which caught right from the off. Then, on the second day we changed to fishing singles over the top of the spod which also worked very well, all having to drop the lead on the take because of the weed that is present at this time of the year. We also tried the chod which also got runs but we never managed to land any on this due to still having the lead attached so we switched those rods over to solid bags that were cast to showing fish. These produced quite a few fish because we were dropping the leads on the take. All in all though it didn’t matter what we used as we caught.

For our solid bags we used micro pellets and a scattering of 3mm pellets with a few special bits added which I always add to my mix – some rock salt, black pepper and BBQ ground chillies. The pellets were the usual from Bankside Tackle and my hook baits were SBS baits phase 1 wafters. Occasionally I add some hemp oil which can pull fish down from the upper layers if things are a bit tough to get a bite. 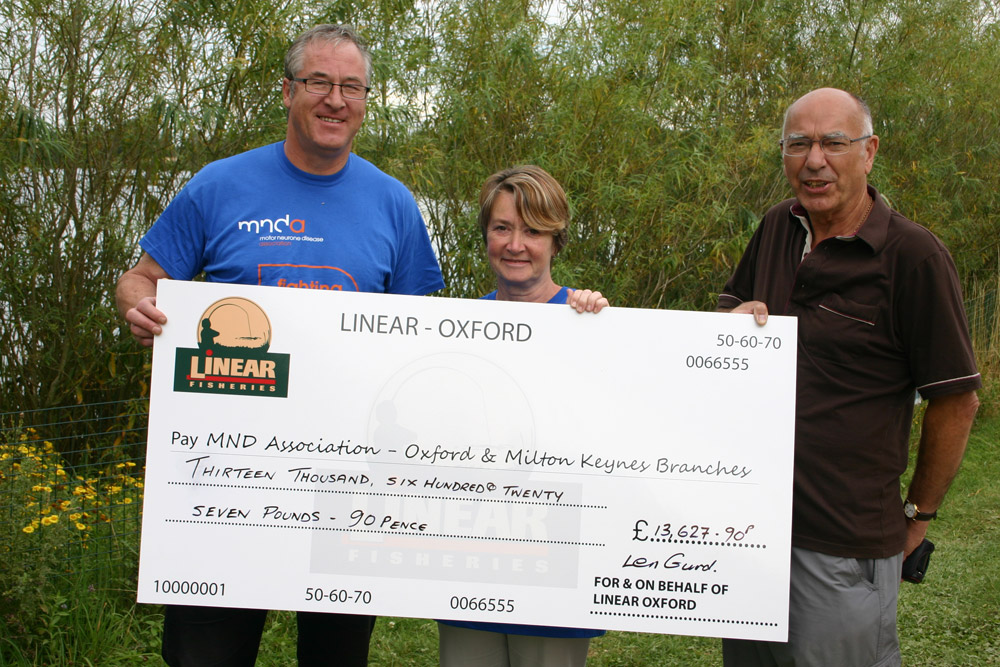 The experience at the MNDA event for me was more than just fishing – the company was second to none and it was a pleasure to be with Mike and Dan over the 48 hours. I must say it has been the best event that I have been involved with and I would like to thank everyone at Linear and everyone involved in this well worthy event.

£13,627.90 was raised by the end of the 48 hours – a tremendous amount and, not to be forget there is still more to come with all the auction items still to go on the internet.

Want to help out this great cause? View the auction items.

One Response to MNDA Event