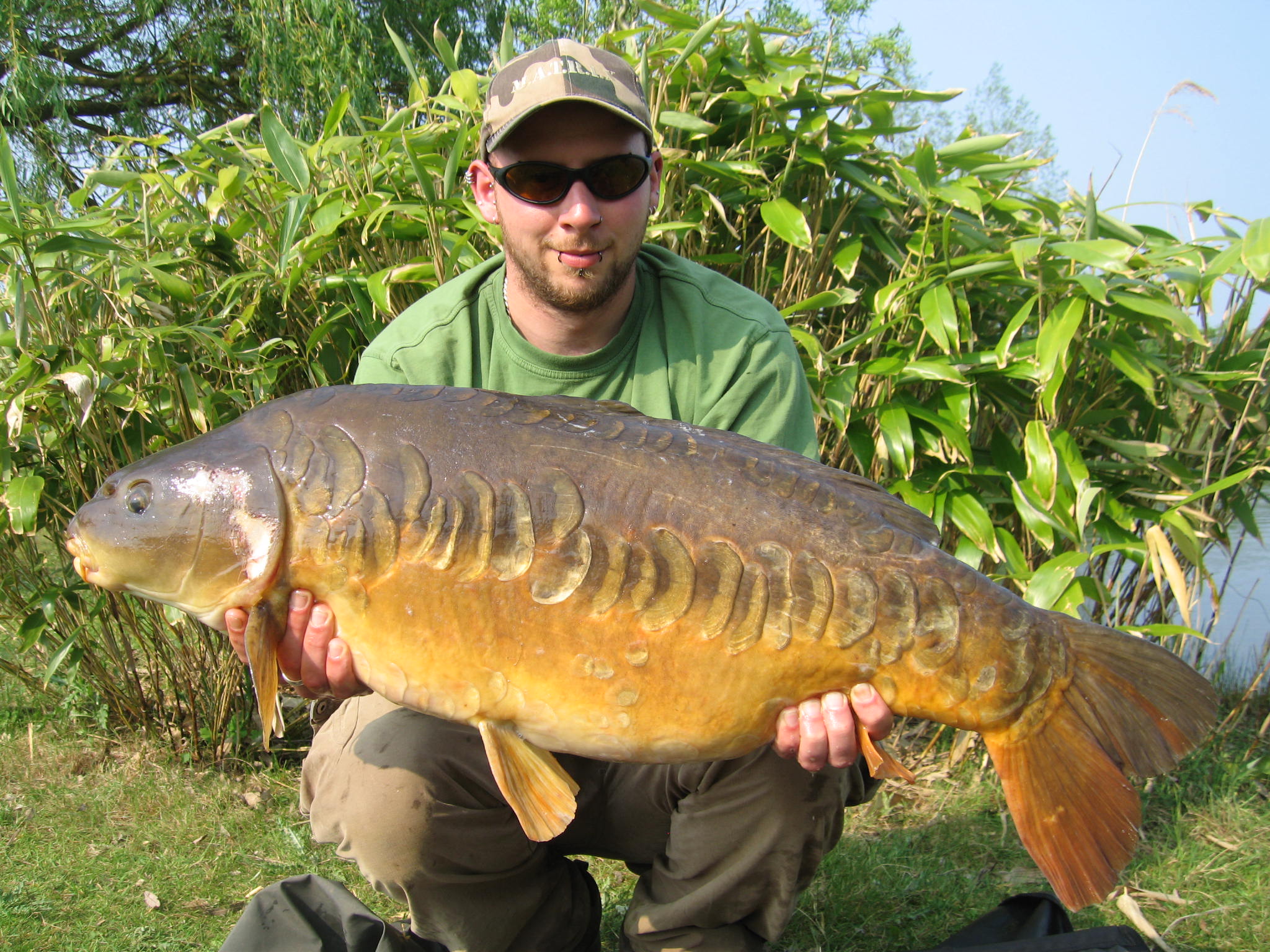 Lovely 30lb linear on a trimmed down boilie

As this is my first article for The Session I’d thought I’d give a brief introduction and a bit of an insight into my fishing background.

I have been fishing since the age of 5, some 23 years now, starting off as most people do, float fishing before progressing onto match fishing and then feeder fishing. It was whilst feeder fishing aged 13 that my obsession for Carp started after landing a few decent ones while fishing for Tench and Bream. I started off fishing local park lakes round the Lea Valley area, moving onto some club waters, then syndicate lakes. Once I started driving, I started going further afield, to the likes of Essex and Oxford, fishing syndicate and day ticket waters. More recently my attentions have been drawn to a syndicate lake in Essex.

For this article, I would like to talk about zigs. A method, that in my opinion, is still very under-used but one that plays a massive part in my fishing all year round. I know very few anglers who use zigs on a regular basis, but those that do normally just chuck one out when nothing is happening, or on those hot days when you can visibly see the fish cruising around. Although there is nothing wrong with that (and I’m sure it will put an extra fish or two on the bank), people do not appear to put a lot of effort into it, just pick a depth and cast it out. I believe, with a little more effort, it can be a very efficient way of fishing, not just as a last resort. 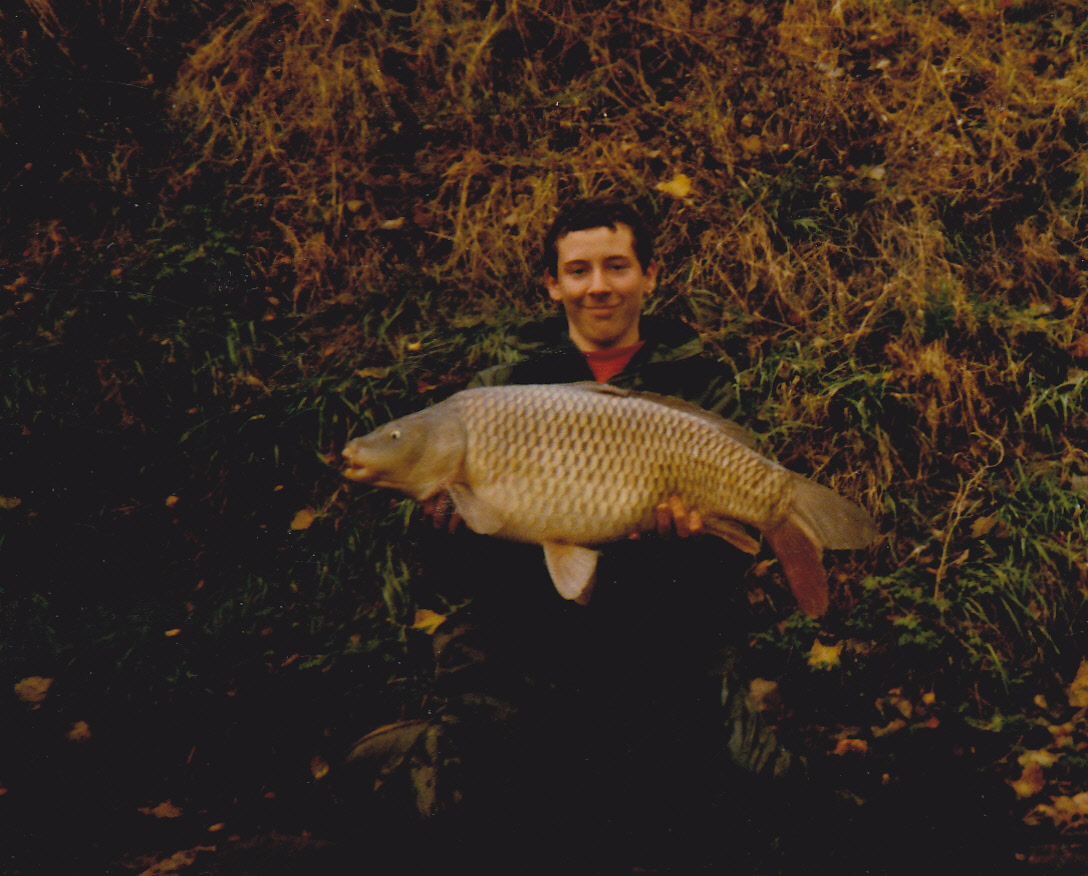 My first 20lber on the new method

I was first introduced to zigs (or pop-up off the lead as I knew it back then when I was 14) fishing on a local club water during my school holidays in December. A friend and I were fishing together in a swim, catching the odd fish between us. Around mid-morning, a chap plotted up in the swim next door, and after an hour, had banked 5 fish. Being young and inquisitive, my friend and I walked over and started questioning the chap. When he told us he was using five foot pop-ups, well, we couldn’t get our heads round it! We went back to our swims, thinking he was winding us up and how could you possibly catch a Carp on a five foot pop-up in December, in a six foot deep pit? It wasn’t until the sixth time he hooked into a fish; we discreetly tried to catch a glimpse of his rig. As he was netting the fish, we saw the extra long hook link – if I hadn’t have seen this, I would never have believed it! So not being shy in coming forward, we headed straight for our tackle boxes. We started tying up 5 foot pop-up rigs, using mono off our reels, which is all we had at the time. Then we cast out our first experimental rigs and it didn’t take long before we started catching, to our amazement! The chap whose method we had just pinched didn’t fail to notice either. With a big grin on his face, he shouted “Keep it to yourselves, lads!” We were both blown away by our new discovery, buzzing with excitement about trying our new tactic on other waters. Obviously, we were trying to keep it under our belts as much as possible, as at the time we thought we were onto the biggest thing since the hair-rig. 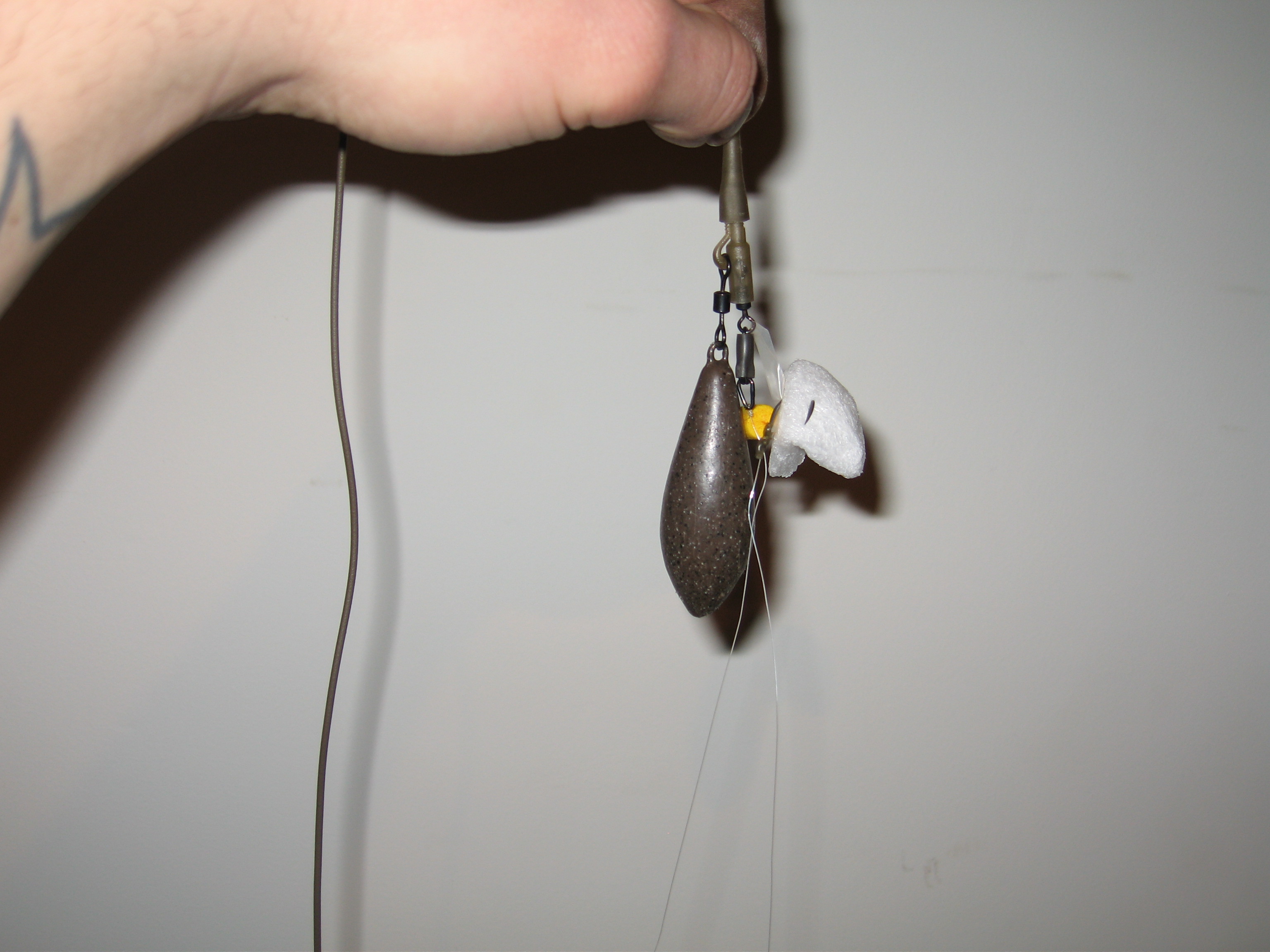 One of the ways I get around tangles

These days, I still use zigs as a big part of my fishing, using it like you would other methods, such as boilie or particle fishing, i.e. how much bait to put out, hook bait choice, what rig to use etc. When it comes to zigs, what depth I think the fish will be at, what routes do they take to give me the best chance of them coming across my hook bait, what hook bait to use, cut down boilie or foam, what colours to use – all playing a part in putting the pieces together. I also use them all year round, to which some people think is slightly absurd. However, I’ve had a lot of success in using zigs in the winter. Often, once you get a bite at a certain depth, I will put all my rods the same, which tends to produce more bites.

My favourite time though for zig fishing is spring going into summer. Once the fish start waking up from their winter lull and begin to become more active. I have found this time to be particularly productive. Then, once the bites start coming, I often find myself fishing all three rods on them, mixing it up a little, using them at different depths, different hook baits and colours, some fished as single hook baits whilst others over a sloppy spod mix. My spod mix consisting of crushed hemp, ground bait, hemp oil, pure krill liquid, crushed boilie and whole worm digest from Aqua Dynamix, to compliment the bait I use. This gives me the option to put a bottom bait out if I need to. I really like the idea of spodding out this mix to an area with all the smell and attraction and different feed particles at different levels in the water column, hopefully pulling the fish into the area. Also, equally as effective, is using the single hook bait approach, either by casting to showing fish or where I think the fish are, often trying to figure out their patrol routes and trying to put the bait in front of them. All you have to do then is find the right depth. Sometimes, this is easy, if you can visibly see the fish cruising around, whilst other times, unfortunately, it’s just a case of trial and error, which is something I really enjoy doing. When you do finally get it right, it gives you a great deal of satisfaction! 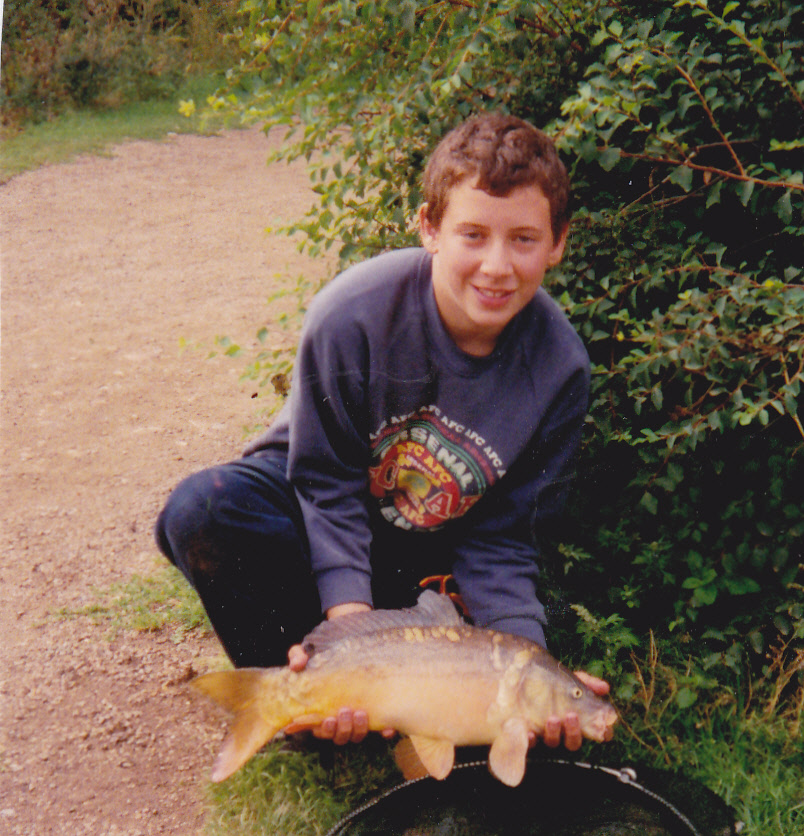 Over the years, I’ve tried all sorts of hook baits but tend to stick with just a few now. These being, trim down boilie and foam. I believe the fish normally take the zigs more out of wanting to know what it is, rather than wanting to feed on it, as I’m sure they’re not used to the bait being mid-water, thus not being wary or afraid of it. I have and am happy to cast out unflavoured foam and have caught plenty of fish like this. I do still tend to flavour my foam with whole maggot amino protein glug, which is a thick, gloopy liquid, which really stinks and clings onto the foam and seems to last longer than anything I’ve used. However, like I said, would be happy not glugging it, but haven’t found it to harm anything and think the added smell and attraction can only help. I tend to use black a lot, whether it is day or night, but have found it to be particularly effective on the brighter nights. I believe this is due to it being silhouetted from below from the night sky. Another hook bait I have great faith in is trim down pop-ups and have recently been using the new Aqua Dynamix fluro pop-ups. They are mega buoyant, even when trimmed down and hold even the longest zigs up for as long as I’ve needed, where some others I’ve used in the past have lost their buoyancy. I really think that the added attraction that a boilie gives can definitely get you those extra bites. Again, it is just a matter of chopping and changing hook baits to find the one that’s working at the time. Like fishing with pop-ups, one colour works one day but not the next – it is the same principle with zigs.

I try to keep the rig as simple as possible, normally consisting of Drennan double-strength, normally 10lb depending on the swim situation and change accordingly. Simply, knotless knotted to a wide-gape hook, normally size 10, to a lead clip. I think it’s important to dump the lead when zig fishing as it makes playing fish much easier without the lead swinging and bouncing around on the long hook link. At close to medium range, where I can easily see the rig hit the water and see if it’s tangled or not, I just cast it out as normal, but for longer range, where it’s harder to see, I tend to double the hook link over, hook a foam nugget onto the hook, then pass a length of PVA tape through the eye of the swivel out of the lead clip, about an inch or so long, then pass the hook through the tag ends. This ensures that the in-flight it can’t tangle and once it hits the water, the PVA tape melts and the extra buoyancy of the foam nugget pulls the hook link up quickly through the water. I also believe that because they are quite awkward to cast and prone to tangles.  This is another reason that puts people off using zigs. This needn’t be a problem, as there are always ways around this, as in the example I have given. 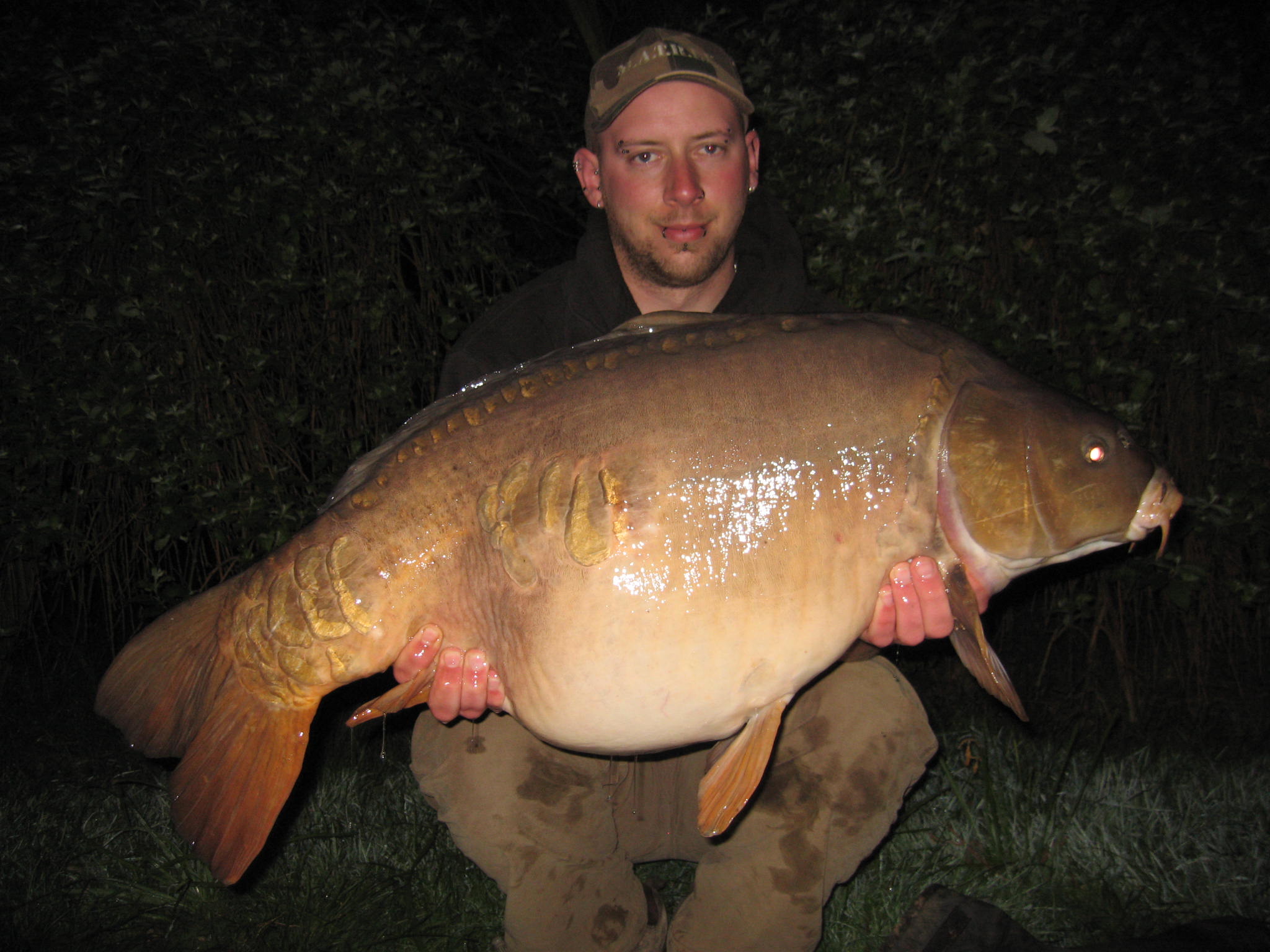 I really believe that you can get more out of your zig fishing, and those extra bites if you think about it and put in that little extra effort. Maybe, instead of chucking one out for the sake of it, try concentrating all of your rods on zigs, playing around with different hook baits, depths and colours, and I think you may be pleasantly surprised at your results. I know through my own fishing, that it puts a lot more fish on the banks, when I believe I would have normally been sitting behind motionless rods.

I hope this has given you a bit more of an insight into zig fishing, and a bit more enthusiasm to get out there and give it a go yourself and maybe put those few extra fish on the bank for you!

This entry was posted in Techniques and Methods and tagged jamie collins. carp fishing, zig fishing. Bookmark the permalink.