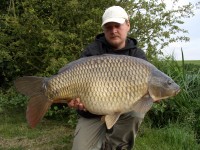 Just around the corner!

We have all enjoyed some glorious weather over the last few weeks, and indeed the Carp have woken from their winter slumber. Once again the angling press is being graced with huge fish as anglers also wake from their own winter slumber and head back to the banks.

With the sun on our backs and unseasonably high temperatures, it would be easy to think that the Carp are ready for a good old feed, but a word of caution. Only last week I was sat on the bank, in just a t-shirt when the lake owner popped round for a chat. He explained that he regularly took the water  temperature, and whilst it had been up to 10 degrees a while ago, some recent rainfall had knocked it back to 5, and it was struggling to get much higher! Yes, the daytime temperature was high, but we have still been seeing heavy frosts of a night time, and for a number of years now I have felt that the awakening of the Carp has more to do with daylight hours than it does to do with temperatures. As the days grow longer, the Carp become more active, regardless of the temperature, but it doesn’t always mean they are searching for food.  Piling the bait in at this moment in time could well be the kiss of death, even though it is sorely tempting. 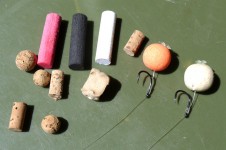 At this time of year I find you are far more likely to catch with just a mouthful of bait than you are with a kilo of bait! You can often find the fish, and they generally look lazy, are often covered in clay or other lakebed material and, if you watch closely, are more intent on cleaning themselves off than they are on having a good munch. Location is by far the most important thing, and thankfully, as I have already stated, they will often give the game away, and show you where they are.

Margins are a great place to start, especially with the sun we have enjoyed recently, and you can often find them in ridiculously shallow water, soaking up the rays as if their life depended on it. A little trap close by can often catch them out, and I find a small handful of corn and a couple of plastic bits fished over the top will often pay dividends. The visual aspect will catch their eye, and let’s be honest, I don’t know of many fish that can resist a grain of gold! It is a common misconception that you only catch the smaller fish using it, but I can assure you, most of the biggest fish in the land have slipped up on it at some point or other, so don’t discount it. 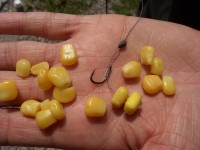 Out in the pond, again they will often give the game away, launching themselves clear of the water for much of the night, but again a word of caution. Although they do get caught on the bottom baits, often when they are behaving like this, they are not going anywhere near the lakebed. The warmer water is near the surface, and they are more than happy to stay in the upper layers. I know I have spoken about this before, but the zig rig is the most under used method, and at this time of year, it can be deadly. A nice bright popup fished in the surface layers can be very hard to ignore.

Again, if you still cant get your head around a zig, then a bright single popup can be really effective, although the carp are active, they often look lethargic, and just not really with it, and something bright can be just enough to attract their attention. If you can’t get your head around a single, then a small bag of crushed baits, or a stringer will do the job. 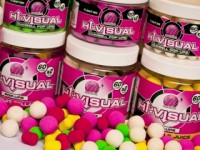 Hi viz popups are exceptional at this time of year

Rig wise, it doesn’t need to be fancy. They are not riggy at this time of year, just lazy! The best weapons in your arsenal at the moment are your eyes. It never ceases to amaze me, just how much you can learn from a fish just by watching it for half an hour or so. Stay active, move with the fish, and leave the bait at home for a few more weeks and you won’t go too far wrong. Leave the boillies in the freezer until they are really up for it, good luck and tight lines,

This entry was posted in Techniques and Methods and tagged carp fishing, darren belton, spring carp fishing, the session. Bookmark the permalink.