Was That A Bite? 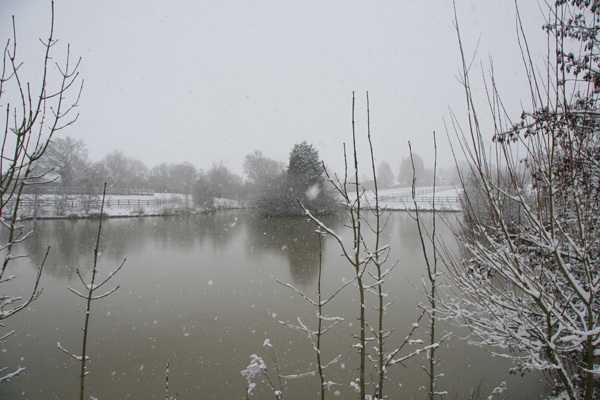 As the colder weather bites and winter seems to be behaving properly with freezing temperatures, snow and ice taking hold, bite indication becomes problematic. The reality in modern day carping is that far too often, I know that Carp are picking hook baits up, even getting hooked and are still getting away with it. That’s one of the reasons why I try not to watch underwater footage. If you watch it for too long you will switch off your DVD player thinking, “How the hell do we catch them?”

Seriously, bite indication is a very important part of the whole Carp fishing matrix and needs a clear mind to try and work out what’s occurring.

The first piece of advice I would give is try and break down the components and stages of bite indication. Before you all start scratching your head and thinking, Holmesy’s definitely lost it, let me explain… 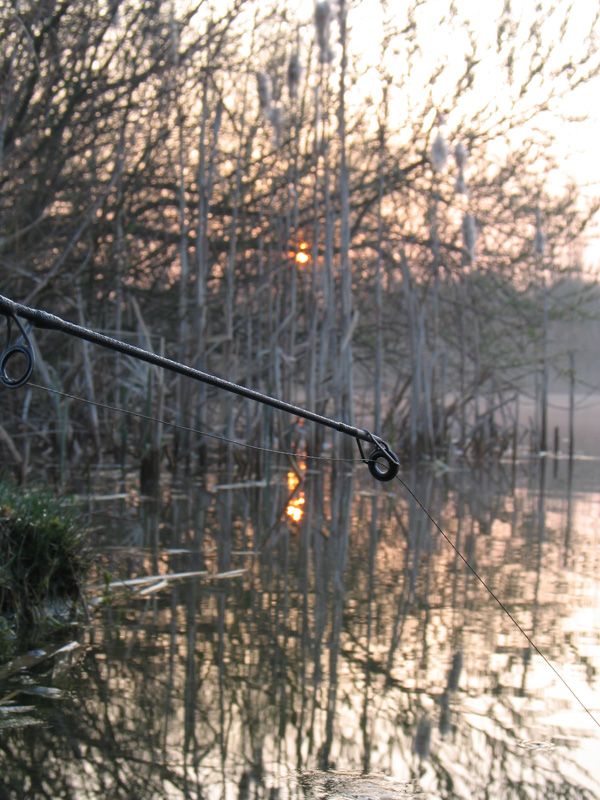 The indicator that sits between your reel and rod ring is, in most cases, a visual tool. By the time that moves, the important part of hooking a Carp has been well and truly done. In fact, in most situations the term ‘run’ is still applicable. Funny how that term doesn’t get used much in modern day carping terms. Could that be a clue as to how much harder it is to get Carp to pick up our hook baits like they used to? Of course run means just that. The Carp is hooked and trying to put as much distance as it can away from where this happened. Here again is a subtle point. The Carp runs away from where the hooking process occurred. That is not always the furthest point away from the Carp angler’s setline. So, often a hook bait flicked under a tree to the right, when the bobbin signals a run and the rod is picked up, suddenly the angler realises the Carp is steaming off to the left. What? How can that happen? Simple, until the Carp has put enough distance to pull the slack line and make it tight, no indication will occur…will it? Well no, that is not the case if we are being really attentive and that is my main point here. 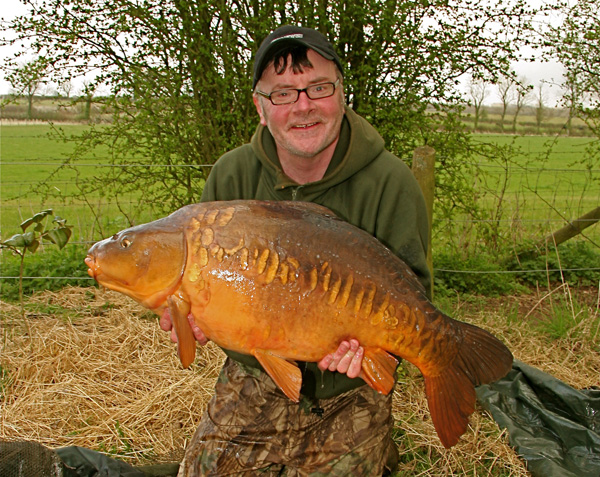 If the Carp angler were float fishing under the bush to the right, of course even on an ultra slack line, the float would disappear or move immediately a Carp moves away with the hook bait. Signalling a bite which can be struck at… remember that action. Seriously, the reality is if a bait is in the mouth of the Carp we need to be realising that is a bite and a hooking opportunity.

Before anybody thinks that I am advocating we all float fish for Carp, I am not. The reality of float fishing is it still is the most popular way of fishing for any species but lost favour in Carp fishing for the very easy way that Carp could suss out this tactic with the heavier tackle that anglers used. Of course, this was pre ultra thin, super strong line and I dare say that today with the double strength version of monofilament available, float fishing is a great tactic in the right circumstances. But of course it is nigh on impossible to float fish constantly over a session. It is and I am not advocating you do that but for me with a couple of UK 50’s banked on this tactic in the last few years, I don’t dismiss it out of hand. For immediate indication it is still a great tactic.

However, when I thought about indicator problems, I started to recall some of my early days Carp fishing when I was a young lad. This was before I could afford expensive or indeed any electronic indicators.

I would ledger as it was called then and simply watch a bobbin on the line. However, during the day I would watch where the line entered the water and here indeed was where I learnt so much. 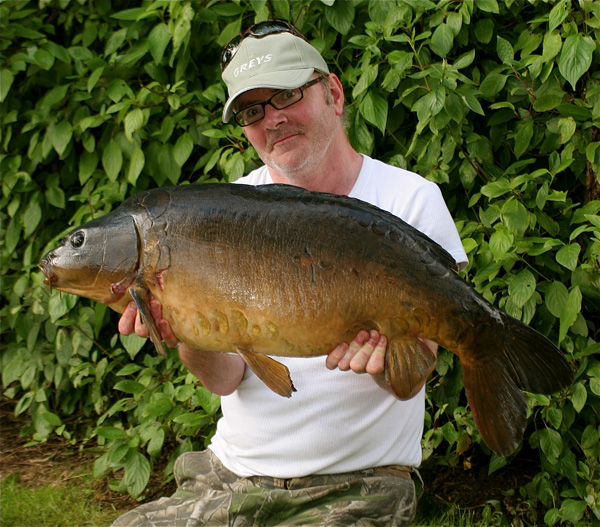 I have mentioned this several times to anglers up and down the country and quite simply I would advocate that all Carp anglers should do this as a matter of course. If you think about it logically, watch the line as it enters the water is indeed a simple comparable to a float and, in most cases, just the same. The thrill that I used to get as a youngster when the float bobbed and went under, was exactly the same as watching the line as it would start moving. In fact, it used to be the best thing about daytime fishing, if not a little tiring.

Of course there are limitations. Like any visual, at times during severe bad weather it would be tough. In the darkness hours, night, it is impossible however once studied it can give so many indications as to what is happening. The ability to read your swim regarding all fish movements becomes so more obvious to such a point that I do it all the time now. I use the visual of watching where the line enters the water and still have my butt indicators on most of the time to see what the affect is. The truth is most of the time these days, I am not even waiting for the butt indicators to signal a bite but I am reacting to the line moving in the water.

This method of course is only one method when talking about indication. Another method that I see almost completely extinct these days is realising that the indicator itself can help bite indication. Oh my God what an original concept! An indicator that actually influences bite detection! Seriously in certain situations, not only does it aid indication but can be used to assist in hooking Carp. 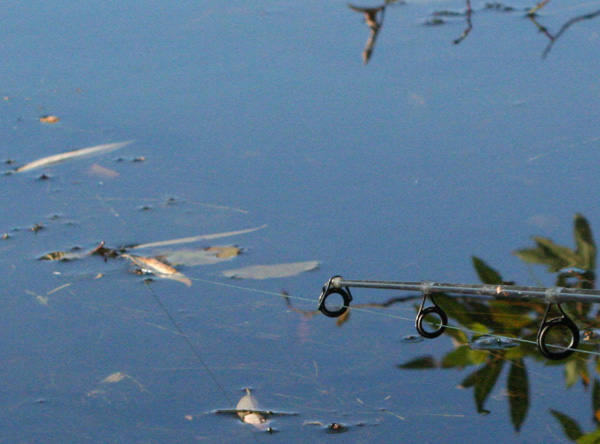 Again there are always exceptions to any rule but the reality is heavy bobbins, tight lines and rods pointing directly at the hook bait seem to be a thing of the past. But they shouldn’t be. The key to fishing tight, bow-string lines with indicators and having ultra sensitive bite detection is to balance the weight of your bobbins with the terminal tackle and surroundings. This is a short to medium range tactic and is obsolete if tried at ranges in excess of 100 yards, or where your swim has obstacles such as large weed beds and tall steep bars. Of course in these cases think about your line lay and in certain situations if there is room, try not to fish over these but alongside them. I see so many people fishing over the top of obstacles, which not only jeopardises the chance of landing a fish but also makes bite indication extremely ineffective. When you are able to fish tight lines and heavy bobbins try to balance out the set up so no line is touching or lay against the rod rings. In essence the line from lead to reel is free of anything to rest on. In these cases extremely sensitive bite indication is found and any movement of the heavy bobbin means that bait has been picked up and is a bite.

Often in The Session you will read about the anglers experiences or in a lot of cases fishing catches. However for me there is now a clear need for those articles to be balanced with some how-to information. I will try during 2013 to give you the readers a little more how-to rather than here’s me! After all, catching Carp is what we all want and so the more everybody does it the more it assists in protecting the growth of what I believe is simply, the greatest style of fishing in the world… Carp fishing.

One Response to Was That A Bite?