This month Terry Clayton asked; “When feeding the birds in the garden you put out certain seeds to attract different birds throughout the year. If you put a lot of one seed out then you can attract a certain type of bird you want to see at that time So, on my local water it is 95% full with mirrors and I’m hoping there is a bait / mix that I can make that will attract the common Carp to home in on my chosen spot?”

“This is a very topical question and one that I have been working on for quite a few years now. Many believe that there is nothing you can do for commons that is selective to them. In essence I have to agree. However, the selectivity that you are requiring is based not only around the rare commons in the water you mention but more importantly the water you are fishing. The commons act differently to the mirror Carp, particularly if they are male common Carp. What is paramount is that you study their behaviour as much as you can and try and not ask generic questions. Example, you notice commons don’t come out on your baits. Why? Are they too big, too small, the wrong ingredients? Those are the questions you should be asking yourself. If Carp aren’t caught by anglers on a water that is fished consistently it is not that the Carp aren’t feeding, it’s they aren’t eating your baits. You have to make them eat your baits and you do this by looking at the naturals within your lake and tailoring your baits to mirror them… or mirror the food triggers of the naturals they are feeding on. It is hard work but be wary of an answer that simple says… use Corn Steep Liquor baits. It’s a little more complex than that. Good luck.” 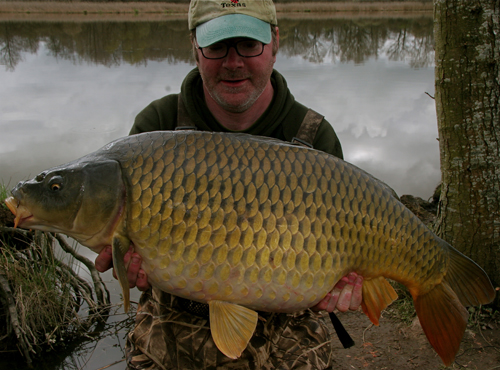 “To be honest, I’m not convinced it is possible to single out commons rather than mirrors, by design.  In my experience Carp are Carp and I think it would be far easier to target an individual fish than a particular type i.e. commons. There may be some things you can do to aid your quest but they will only assist to a very small extent.

“It’s not uncommon to read that a particular bait is effective at singling out commons and I know of one or two anglers that make alterations to their bait when targeting a specific common however, I have not noticed that a certain bait, flavour or ingredient catches a higher percentage of commons versus mirrors. 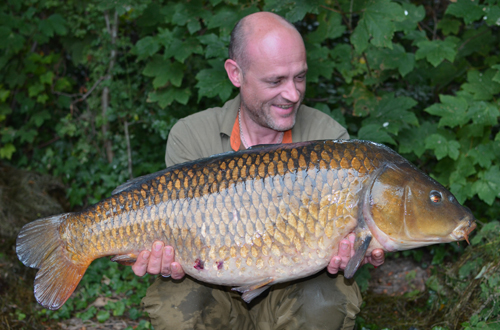 “I prefer mirror Carp but, if I particularly wanted to catch numbers of commons, then the obvious thing to do would be to choose a venue that contains a high percentage of them.  Frimley is one that springs to mind.  There are one or two things that I have experienced that may be of help to you though.  I have noticed that I have caught quite a few commons when fishing in corners and bays, away from the bulk of the fish.  These have tended to be small ones though and generally older fish.  The same can be said for snags.  If I can find a few in the snags it’s odds on that there will be a common or two amongst them.

“The only other thing that comes to mind is that commons seem to be more willing to feed in the cold than their more sparsely scaled counterparts so a winter campaign may be the way forward for you.”

“I’m sure that there is a pattern to catching commons and mirrors, I have spoken to numerous anglers who believe that you catch more commons on bit baits such as corn and particles, if you’re using boilies keep them small. The thinking behind this as far as I am aware is keeping things a little more natural as genetically speaking commons are normally more wild strains that haven’t been tampered with by humans as much as mirrors (although today I would have thought with newer stocked fish it will make less difference, some of the big chunky fast growing commons should be real boilie munchers). I can’t go much deeper than that as it’s not something that I have really looked into – nine times out of ten I will use boilies and over the last few years have caught more than my fair share of big commons.

“Going back to your scenario I would be tempted to switch your thinking around a little bit. In effect you are trying to target individual fish (I’m assuming that there is a big common in the water in question you are trying to catch). I would stop trying to attract certain fish to your spot with different baits but go and do a bit of research on past captures. The two key bits of information I would be looking for is where and when your target fish has been caught – normally you will see some sort of pattern occurring. If you can start to link this up with weather conditions as well then you really start to build a picture of when is best to be fishing. 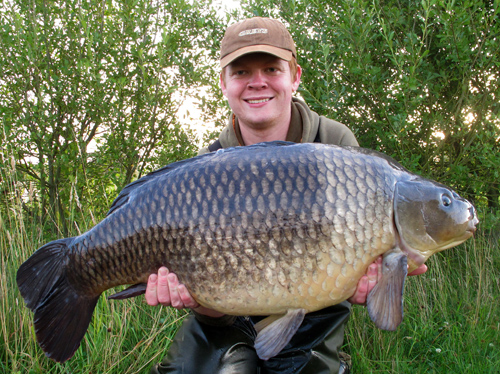 Boilie tactics for another big common

“Going about it this way is going to be a lot more effective at selecting out a certain fish than fishing the same area with a tweaked baiting approach. It is really surprising how predictable fish can be. On a club water close to home, probably five years ago now I caught a 36lb mirror which had shot through the ranks and was suddenly the second biggest fish in the water. Since then it has gone on to be the biggest exceeding 40lbs which is a huge fish for the area. I caught it a couple of weeks before the fish spawned and every year since I have had a text or a call saying it’s been caught again it has been a week or two before the fish spawned and in the same sort of area.

“It’s that sort of knowledge of a target fish that will really tip the odds in your favour – it can be a strange feeling planning on where you are going to fish based on events that happened the year before, often you have to resist the temptation to set up on showing fish but if a fish is ‘due’ your best off sitting on your hands a bit.

“It is a different mindset targeting a single fish rather than just trying to catch fish… obviously it’s up to you to decide if you’re happy catching as you are or risk dropping your catch rate in pursuit of something special.

“A final note with regard to big commons – just make sure that they do actually exist, every water seems to have a rumoured monster common that someone’s mates, brothers, cousins, dogs, best friends dad has seen but pictures never materialise. Just make sure you have some conclusive evidence (pictures or better still seeing it with your own eyes!) Best of luck and hopefully it won’t be long before you are holding a bar of gold for the cameras!”