So, You Want To Be A Sponsored Angler?

Before I talk about the subject of sponsorship and sponsored anglers, I’d just like to say how well the Carp Society Show at Sandown went, after all, working on the company stand at shows is all part of being a sponsored angler. I haven’t seen any official figures but, from what I saw the attendance was the highest I had witnessed in a number of years, especially on the Saturday when the queue outside waiting for the show to open must have been 300 yards long! It was good to meet so many people interested in our products, as well as chat to a few who I’d already met at previous shows. I would just like to apologise to anyone I spoke to (or should I say tried to speak to) on Sunday because my voice had completely gone through a combination of overuse and a cold – needless to say it was a very frustrating day for me! 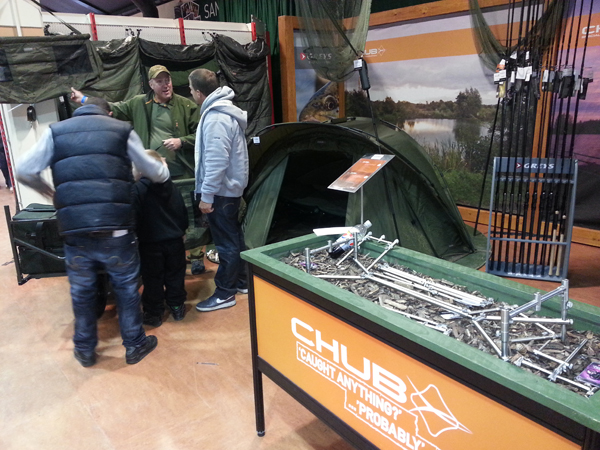 Ian Gemson talking to customers on the Chub stand

All of our new products were very positively received. Pretty much every angler I spoke to liked the recent incarnation of the popular Chub S-Plus Bivvy in the form of the RS-Plus Max (RS stands for Rapid Setup). The new Chub Transporter Barrow and especially the conjoining Vantage Barrow Luggage were both extremely popular – there are certainly on a few anglers ‘must buy’ lists when they come out in the New Year!

The new Greys GFS50 Fixed Spool and GFR Free Run Reels created a lot of interest with plenty of orders being placed. However, the best received new item was probably the new Chub Precision Lite Stainless range. All the feedback on this and the additional pods was very positive, and well worth a look to anyone planning to visit the up and coming shows. Hopefully we’ll have the first production batches by then so all our new products can be bought on the day or, why not sign up to be the first to hear what’s coming. Some of our established items were also popular too; the Vantage All Weather Suit was completely sold out by our retailers and the Greys AirCurves have a rapidly growing fan base – I’m yet to hear a bad word said about them – they are certainly the best rods I have ever bent! 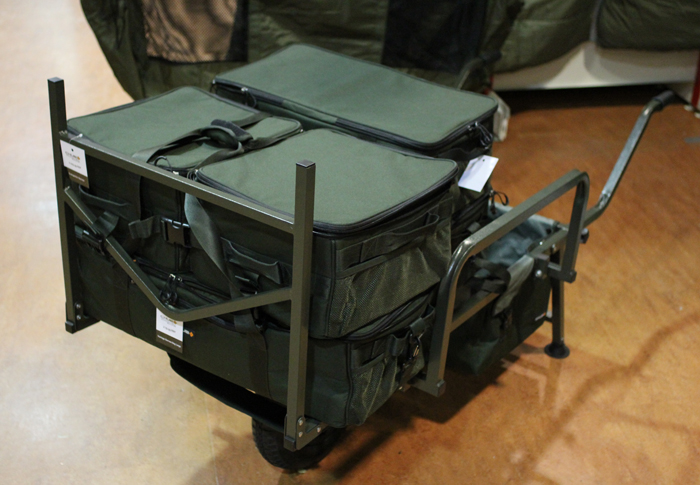 As Greys and Chub Media & Academy Manager, I receive a lot of applications to be part of the Academy team as either a Field Tester or Sponsored Angler – please check out the Greys and Chub Carp Academy. We would love to take on a lot of these anglers, as I’m sure they would be great assets to the team, but, with a limited budget it is only possible to take on a very small number. A few anglers seeking a sponsorship position have a misguided view on what the position entails, so I’d just like to clarify by saying that no angler in the country gets paid just to go fishing and submit catch reports. There is a lot of writing, working at the shows, giving talks, video work, attending open days etc. Even then I can only think of a couple of anglers that can sustain a living on just doing the above. The rest of us have to find a vocation in the trade, such as working for a manufacturer, coaching anglers, working in the media, working in a tackle shop or something similar.  No one that is a sponsored angler does it for the financial rewards, because any cheques that do fall on our doormats barely cover much else once syndicate fees, petrol, and general angling costs are taken out. We do it because we love angling and we enjoy writing / talking about our experiences.

Take my average year as a sponsored angler as an example. I probably write at least a dozen full articles that range from 2000 to 5000 words each. This averages around 35,000 words written per year. On top of that I do various pieces for the magazines and websites that include short articles, Q&A’s, catch reports, short tips and tactics and pieces on the products I use. Taking into account all the previous, my word count soon rises to well over 50,000 words  each year – the same as a short novel! Each one of these features needs photography to illustrate the piece and I often submit over fifteen shots for each full piece and a couple for the smaller ones – this is also very time consuming. Add this to the numerous video clips that I appear in, the shows that I attend each year and the time soon mounts up! 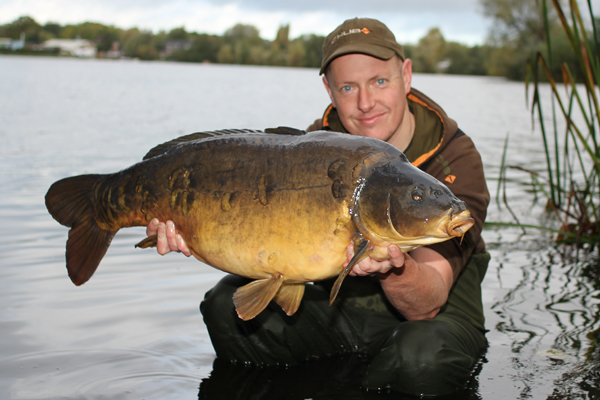 When I try to explain what it can mean to be a sponsored angler, it is often met with disbelief or even a change of heart. Don’t get me wrong, I don’t expect this level of involvement from all the anglers, but at the same time it isn’t a case of just going fishing and enjoying the copious amounts of free tackle without anything in return.

With that said, I do feel that there are a small percentage of anglers out there, especially young anglers that are fishing for deals rather than angling for Carp. What I mean by that is they see a 30lb or 40lb Carp as a tool to get noticed by a potential sponsor. It’s almost as if they aren’t focussed on the fish and don’t care what it looks like, or even the waters they fish to catch it – they just want to promote themselves in the media with it. This in my opinion is completely the wrong attitude to have. Fishing is about enjoyment and personal goals such as fishing a picturesque lake, chasing a stunning old fish or taking on a challenging water to try to eke some of its jewels. If sponsorship follows, that is surely an added bonus.

The best advice I can give to anyone seeking sponsorship is to go and catch as many fish as possible from a variety of waters. Personally I’d go after some pretty scaly fish – there is nothing more boring than looking at an album full of fat pasty, football shaped fish that all look the same. Once you catch a few, send them off to the catch report sections of the magazines along with an account of the capture and post them on forums. Above all, enjoy your fishing, the fish you catch and your time spent on the bank.

This entry was posted in Profiles and Angling Stories and tagged carp fishing, ed betteridge, Sponsored Angler. Bookmark the permalink.

3 Responses to So, You Want To Be A Sponsored Angler?