Fishing a new water is always an exciting time, but it can also pose a whole host of questions that need answering and problems that need solving. Of course over time your knowledge will increase but, what about making the most of your first session? I have read that quite a few people almost write off their first few sessions on a new water as a learning curve and spend more time markering and less time fishing. A few years ago I would probably have done the same but, now that I have less time on my hands and in a similar situation to most of you guys reading this – I want to be catching from the off. 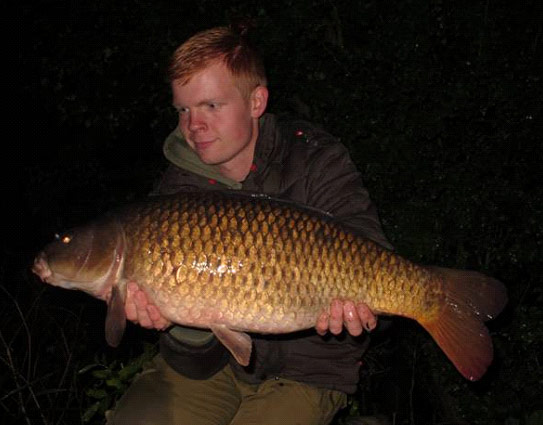 17lb common within a few hours of casting out

So, how do you go about doing this? For me it’s all in the preparation. Since starting work at Fosters of Birmingham one of the perks of the job is that you can get the odd session on some of their syndicate waters. Obviously you can’t take too many liberties and annoy the paying members so it’s more an occasional session than a full pass – because of this every session has to count.

Luckily for me a lot of the staff I work with had fished the water in the past so I made sure to get as much information as possible prior to my visit. Before getting to the water you can start building up a picture of fish habits, favoured areas and feeding times. The biggest thing here is making sense of all the information – I almost always discount any statements such as ‘they only eat a specific bait on there’ or ‘they don’t get caught at night’ and all those sort of statements which are pretty much always false.

The things I’m trying to find out is when most fish get caught – there are always going to be exceptions to the rule but, if most fish get caught early evening and you’re turning up at 6pm, you will be much better just flicking singles onto feeding fish in the hope of nicking a bite than getting the spomb out and whacking 10kg on top of them.

I am also interested to hear about areas that fish regularly get caught from – this doesn’t mean that I want to fish these going pegs, normally I will try to avoid them unless it’s obvious the fish are there in numbers. It’s also handy to know if you are planning a bit of a baiting campaign as baiting a popular swim would be a waste of time, money and effort.

On top of the fishing information it’s worth familiarising yourself with the rules of the lake for your first visit – the last thing you want to be doing is turning up with all barbed hooks when its barbless only water – at best you’re going to give the bailiffs a bad first impression, at worst your first visit might be your last!

So, with as much information gleaned from various sources it’s time to begin preparing your gear. I was only fishing for a short night after work, so it was going to be a balancing act of trying to be prepared for any eventuality but not taking the kitchen sink. 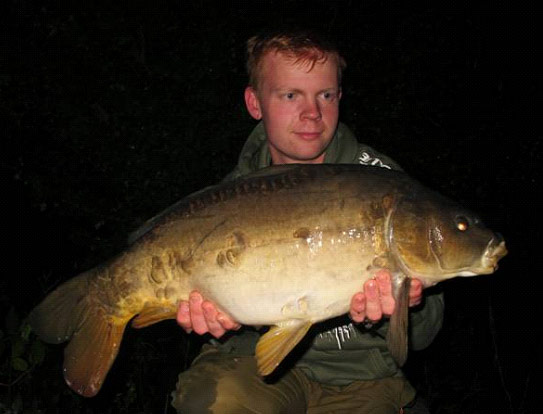 Next a smaller mirror in the middle of the night

To make the most of your time make sure that rods are rigged up and ready to go – the ideal scenario is to be able to pull your rod off the quiver and be 100% confident that everything has been checked and re checked so you can just cast out once you have found fish. On a new water like this I stick to what I’m confident in – you want a rig that will present over most areas as you don’t want to be markering the hell out of a swim when you arrive on a short session so I opted for a subtle variant of a hinged rig.

I fish it on a lead clip with a coated braid boom and knot it onto the bristle filament rather than using a swivel which allows me to keep the pop up as low as possible. I made sure to tie on fresh pop ups and then everything was loaded into the car.

After a long day at work (trust me when you’re talking fishing all day and waiting to get out on the bank it makes it even longer!) I made the short drive through Birmingham and arrived at the lake.

The lake itself is a little different – it’s actually set in the grounds of a hotel and you even have access to the bar and facilities! I felt a little out of place in the car park as I was dressed head to toe in greens and browns – everyone else was wearing suits and driving Audi’s and BMW’s! I ignored the bemused glances and loaded the barrow and made the trek through the hotel grounds to the lake. It’s a relatively narrow water at most probably 100 yards wide so the far bank is always accessible.

Soon after turning up the heavens opened so I quickly dug my Chub Vantage Waterproofs out the carryall and began to have a quick look round. Keeping my eyes peeled for any signs I was a little disheartened to see very little movement. I knew time was against me as light was fading fast when, out the corner of my eye I spotted a bit of a disturbance. There had been a few ducks diving so I couldn’t be sure but after a couple of minutes nothing came up in the area so hopefully it was a fish.

It was all I had to go on so I moved the barrow and began getting the rods out – the first was obviously going to go out where I had seen the movement. I had a quick lead around with a light lead and it quickly became apparent that it was all fairly shallow around 3-4ft and slightly deeper in the middle with the bottom being smooth silt with little in the way of weed. This made life nice and easy so I got the first rod on the show and scattered a couple of handfuls of 15mm boilies with the throwing stick. The second rod was to be on the far bank again – there was a bit of a point which came out with some nice overhanging trees which looked perfect so after a couple of casts with a bare lead to clip up another hinged rig was sailing out with a few freebies shortly after. 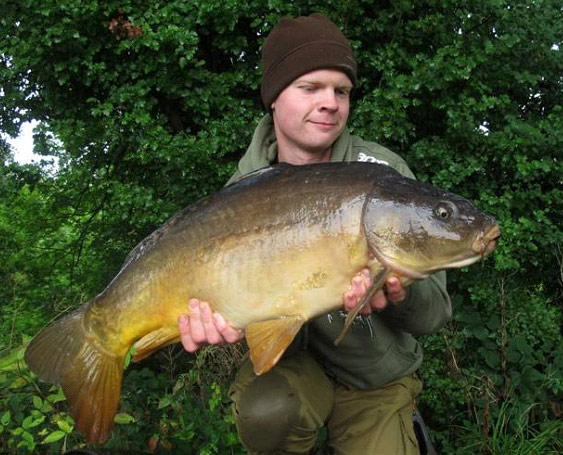 The biggest of the trip came just after first light

If you’re anything like me you will always have at least one rod closer in or even in the near margins so, just a quick pointer when fighting against the light to get the rods out always do the long range rods or rods fishing close to features first. If you think about it what would you prefer to do in the pitch black, flick a rod 30 yards into open water or try and cast 90 yards against an island.

So, with two out of the three rods sorted the third was dropped in the deeper water which was definitely in with a shout as the nights were starting to get a lot colder, I decided to go a bit heavier on the bait with this rod, around 3/4kg at a guess. With the lake being long and narrow I was sure fish would be moving up and down so I wanted a bigger area of bait to hopefully stop them in their tracks.

By the time I was setting up the Chub Tri-Brid it was pitch black so with the aid of a head torch I finished getting everything sorted for the night ahead and getting some food on the go. Before I even had time to finish my first cup of tea I had a couple of big liners on the far bank rod and things were looking up. After probably an hour of waiting the hanger pulled up tight and a mid double common found the back of the net. An excellent start on a new water and it wasn’t the end of the action! Around midnight the rod fished to the point on the far bank was away with a smaller mirror and at first light the rod in the deeper water was away with a mirror just under 20lbs.

It’s always nice to get a fish on every rod so you know you are getting things right – by 10am that morning everything was back on the barrow and I was making the trip back home. It just goes to show that even on a quick visit to a new water with a little preparation you can make the most of it and catch a couple of fish.

This entry was posted in Techniques and Methods and tagged carp fishing, fishing a new water, richard chapman. Bookmark the permalink.