Winter has to be one of my favourite times to be out on the bank. Yes, the fishing can be much more difficult than in the warmer months but, providing you set yourself realistic targets, you can have a rewarding few months. The satisfaction gained from a cold water capture can outshine that from a summer one. Every bite is hard earned at this time of year but in return the Carp tend to look better in their winter colours and are usually at their top weights.

There can be fewer better sights for a Carp angler than a frost-covered bank, mist rolling off the water’s surface and a big, fat mirror in the net. Modern bivvies, clothing and sleeping bags are developed with extreme temperatures in mind so there is absolutely no need to suffer these days.

I enjoy my winter fishing as much, if not more so, than summer so, if minimal angler pressure, freedom to move, stunning sunsets and a challenge do it for you just get out there and do it.

Choose a bait with a winter track record – one with a dedicated boilie designed for winter use. I tend to stay on the same water whatever the time of year so my preference is to use a bait that the fish will feed on throughout the year. 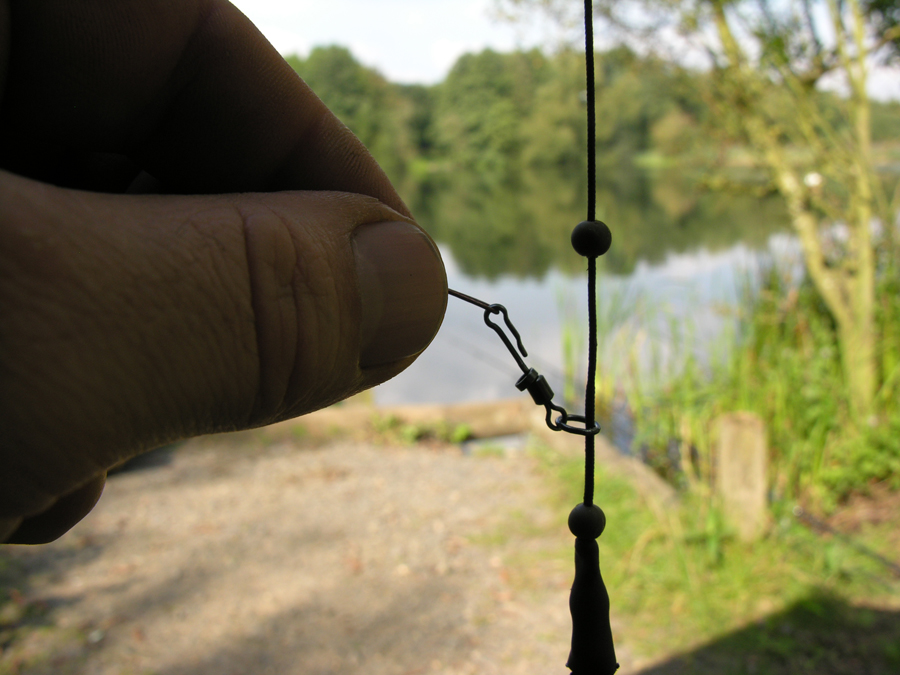 This may seem at odds with what I’ve just said about choosing the right boilie, but bear with me – I will explain. Carp will feed less when it’s cold. If I can tempt them to eat a boilie, whilst I’m on the bank, then I want a hook in it. I’ve caught the vast majority of my winter fish on single hookbaits. Bait is still important though – very important. I just don’t fish over much of it.

Most of my freebies go in when I leave. I spread them far and wide, aiming to get each boilie to be like a shingle. This helps to accustom the fish to picking up odd baits. If one shows I can chuck a hook bait at it, confident in the knowledge that it will have come across, and probably eaten a lone bait since my last visit. Food baits and high attract baits both work and it is well worth using both until one proves successful. Once a hook bait receives a pick up at least two of the three rods will be adorned with one on the end.

Once you have found their winter haunts you may be able to settle down a bit but until then, I’m afraid, it’s the mobile approach all the way. The fish will not be as keen to travel as much as in the warmer months and will often inhabit very small areas of the lake. You need to be fishing where they are to be in with a shout and finding them can be problematic. If you can’t see any signs it will be necessary to move around until something happens, either a bite, liners or, maybe, just a sighting or two. With ground sheets, overwraps and all the other cold weather paraphernalia to pack up and carry it is all too easy to sit there and wait. It takes a certain determination to be prepared to up sticks in the cold, but do it you must, at least until you have located their winter areas.

I know a lot of advice given tells you to head for the shallows when it is sunny but that has not been my experience. I have found that, by far, the most likely places to find them in the cold are the deepest areas. This may well necessitate fishing totally different swims The best winter holding area I have ever found was 22ft deep with a steep sided bar at the far side.

On waters that consist of only shallower water I would look at snags, or another form of cover as my starting point. I would always, however, follow any signs that the fish may give you in preference to fishing blind. 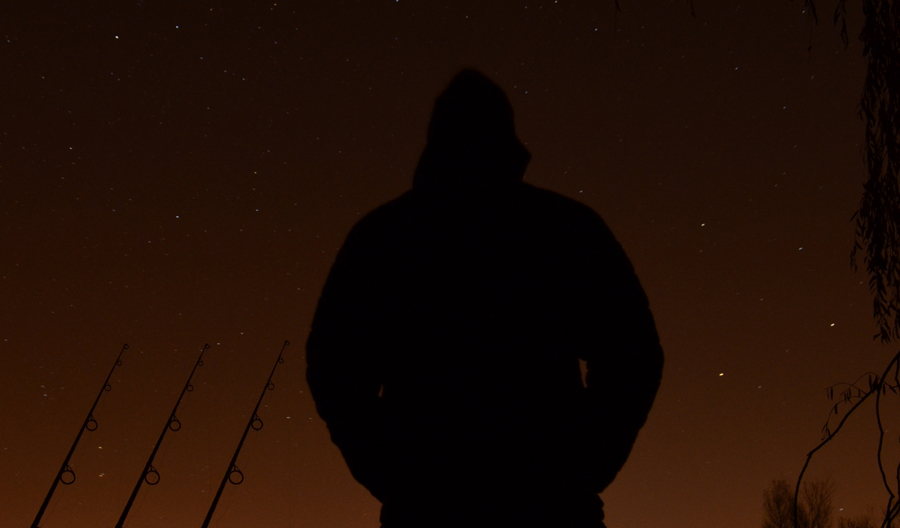 In my experience winter Carp are far more likely to give away their whereabouts during the hours of darkness. When I fished Horton the fish would often show after midnight in areas that, only a few hours before, had appeared lifeless. These areas were where they would be bubbling the following day and with a hook bait in place there was a realistic chance of a bite. It was always worth a move or recast onto these spots in the night as a cast during daylight, onto the fizzing would usually see an abrupt end to the feeding. I used to purposely turn up at around ten in the evening to make swim choice simpler and, throughout my sessions would set the alarm for one a.m. in case a move was required. Moving in the night definitely puts you a step ahead of most.

Winter carping should be seen as a campaign. Any clues such as sightings can be carried through to your next session but, to spot these clues you must be out there, whatever the conditions. Many anglers only grace the banks during a mild spell with South West winds. I have more confidence during spells of high pressure. Sunny days and freezing cold nights have been good conditions in which to angle for me, but the long and short of it is that a bite can occur in almost any conditions, provided the lake isn’t completely frozen. I have even caught from under the ice so no session is entirely hopeless. Even a blank can be seen as a chance to introduce some bait.

Those that need to be catching regularly may need to change to an easier venue. I am happy to fish through the winter for the chance of one really special capture. A lot of the big fish waters have a rock hard reputation in the winter by I’ve never really worried about that. Plenty of lakes produce very little simply because nobody is fishing them. With a bit of luck and some keen observation you might just locate that holding area that nobody else has found.

If you fancy embarking on a winter campaign, do it and see it through. Get some decent thermal clothing and a proper sleeping bag and you’ll be surprised how comfortable bank-side life can be. If you aren’t really up for it you may well be better to hang up the rods, stay at home earning some brownie points, recoup and start again in the spring.

Ring The Changes At Different Ranges

When fishing blind, in the absence of sightings, it can be a good idea to fish the rods at a variety of ranges. There is normally more room to spread them left and right so you can cover large amounts of water. Once any pattern emerges such as captures or liners you can then put all the rods at the right range. Keep altering hook baits until something produces. A change from a yellow pineapple to an orange tutti can make all the difference. The third rod that many waters allow after November can be used to try something different such as a stringer, PVA bag or zig rig. Just one capture on something outside the norm could be the catalyst for many more.

I tend to use stiff hook lengths at this time of year – the reasons for this are twofold. The first is that, with less weed growth about, the lake bed is more likely to be conducive to using this type of presentation especially in the deeper areas that I target. Secondly, but more importantly, cold water Carp are not so likely to be involved in competitive feeding. They are moving around less and generally picking at odd baits so I want a rig that is difficult for them to eject. 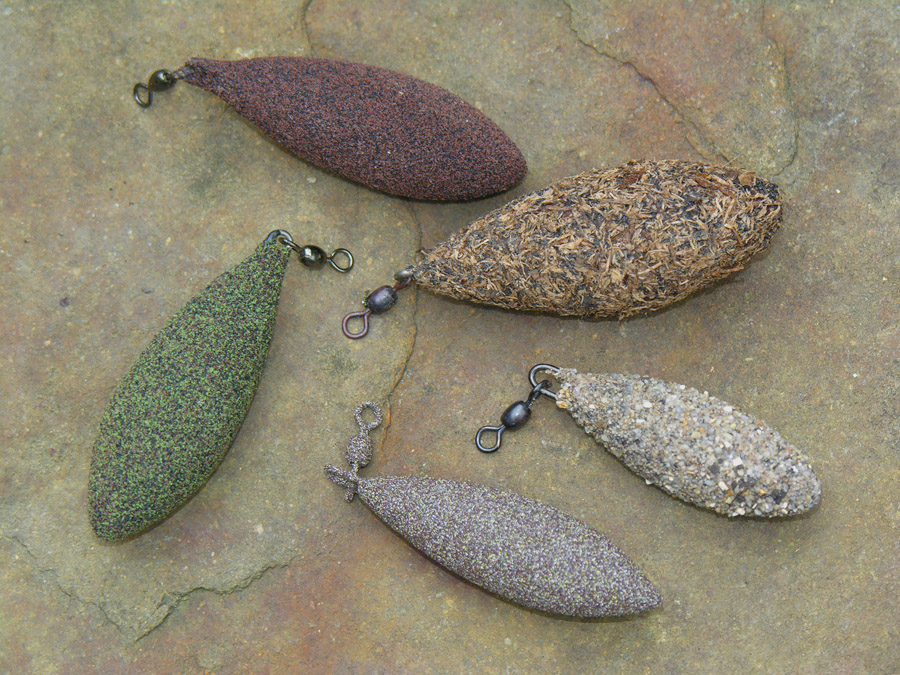 I find big leads to be more suitable during the cold

Although I prefer small leads these days I find big leads to be more suitable during the cold. I often find myself fishing at greater range than in the summer and I require a lead that allows me to fish at various distances, should a fish show away from the spots I am fishing. In addition conditions are often windier and a big lead will be less susceptible to being blown off course. Bigger leads will also be much easier to feel down in a crosswind.

The vast majority of my winter captures have been during the hours of daylight. I therefore feel it is advantageous to keep my baits in the water for the maximum time. A spare rig, baited, balanced and ready for action can be clipped on in an instant saving a lot of time after a capture or when recasting. Maximising potential bite times can bring extra captures and although it might only be fifteen minutes per rod per day over the course of three months that will add up to a significant amount of effective angling.

That is it for my top ten tips for catching winter Carp. I would just like to finish off by saying that winter carping can be just as rewarding as any other. Enjoy it!

This entry was posted in Techniques and Methods and tagged carp fishing, carp fishing tips, matt eaton. Bookmark the permalink.